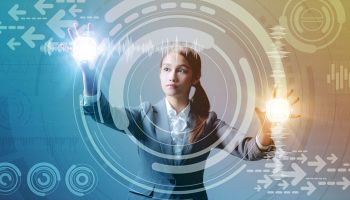 A new CIO had to direct a major re-engineering for the midwestern organization.

More than many banks are willing to admit, TCF Financial’s digital banking platform three years ago was out of date. It wasn’t exactly prehistoric, but the Wayzata, Minn.-based regional didn’t even have a mobile remote deposit capture application.

As CIO Tom Butterfield put it, “We realized that we were woefully behind.”

About 18 months after that dismal assessment, the bank completed a retail banking digital turnaround that was much more than a makeover. Most of the change was brought about in less than a year once the bank’s board gave the go ahead.

The intensive process, done in cooperation with a vendor new to the bank, has resulted in a 400% increase in use of the digital banking platform, among other pluses.

Day One: We need a makeover

The realization that a change was needed came not long after Butterfield joined the $23 billion-assets bank in the spring of 2015, coming from a similar position at Target.

In an interview with Banking Exchange, he says the real genesis of the change was new CEO Craig Dahl. The new leader emphasized the need to compete “a little differently than TCF had in the past.” A better customer experience was part of that.

Butterfield began working with Mike Jones, TCF’s retail bank president, to define what an improved customer experience should look like.

“We both agreed that in today’s day and age an exceptional customer experience starts with digital,” says Butterfield.

The CIO adds that the customer’s expectation “is not being set by our bank peer group, frankly.”

It’s being set by the big technology companies.

Jones and Butterfield quickly identified 26 points of functionality where there was a gap to industry standards or best practices in the digital banking space. The biggest gap, says Butterfield, was the lack of a mobile remote capture. In addition, the existing digital platform did not have a responsive user interface (UI), meaning it didn’t scale to the small screens of mobile devices. Beyond that were a variety of other presentation and user experience gaps.

First, TCF decided to begin the upgrade process by focusing on what architecture was needed versus functions per se.

Focusing on architecture enabled the bank to adopt a platform that can be updated to meet changing requirements on an ongoing basis—with changes done in days rather than months.

Second, the bank concluded early on that it would seek a platform that would function on top of its primary technology platform. That would avoid a complex, time-consuming, and expensive upgrade to its core systems.

“It was a question of where should our dollars go to serve our business the best?” says Butterfield. “Most people would say—and I certainly would say—our technology dollars should go to outward-facing capabilities”—i.e., enhancing customer experiences.

In the interview Butterfield went on to explain how the bank’s IT unit was able to “separate out the engagement layer from the core platform. We’re using modern platforms for digital banking rather than using the core banking platform for that engagement,” says the banker.

But we’re getting ahead of the narrative.

Search for a modern platform

In 2015 the bank sent out requests for information to various tech vendors. The RFIs laid out what the bank wanted its new digital banking architecture to look like. Quoting Butterfield, it would be, “A mobile-first, responsive UI built around an industry standard approach to application programming interfaces (APIs). All of the things that allow the flexibility of a modern digital platform.”

While Butterfield didn’t say this, such an architecture, which he calls “modern API,” is what most fintech players use, or variations of it.

The RFI led to two contenders, neither of them what Butterfield describes as “industry standard vendors.”

In the resulting “bake off,” the nod went to a ten-year old fintech company called D3 Banking Technology, based in Omaha.

“We felt D3 took a platform approach rather than a product approach,” says the bank CIO. “There’s a bit of a subtle difference, but we want to have more control over where we take our digital experience.”

The D3 platform allows the bank to do its own development work in addition to development done by the vendor.

Continuous is the new normal

D3 President and CEO Mark Vipond says that the company adds new releases every three months to incorporate new capabilities such as Zelle (the P2P payment application) or card controls. Clients are free to use them or not, he says.

“TCF recognized that this is where the industry is going—that technology now is a continual evolution,” says Vipond. Historically most banks have treated online banking and mobile banking as projects, according to Vipond. Once done, they get revisited in three years.

“Digital banking has changed this,” says Vipond. “Most of our clients have accepted that they have to continually upgrade.”

They can still choose how fast they go, but I’ll guarantee you it’s not ‘I’ll upgrade three years from now.’ That is not the marketplace anymore if they want to remain competitive.”

Speed is the need, adds Vipond. How fast can TCF and other banks respond to the evolving needs of consumer preferences and digital banking changes? Having a “standardized approach for technology versus building a specific solution for online banking or mobile banking” is the distinction between then and now, says Vipond.

How they got it done

“Frankly, this story is half about the ‘how,’” says Tom Butterfield about how TCF pulled itself out of digital doldrums in less than a year.

“Once we had board approval in the spring of 2016,” says Butterfield, “we went live with our first customer in less than a year.” Overall it took 15 months to complete rollout to the bank’s 1.2 million retail customers, he adds.

To accomplish this, Butterfield says the bank co-located its business and IT teams in a new operations center.

“We took down the cube walls and created these open table formats,” says Butterfield, “with the person on the business side literally sitting next to the person doing the coding. If one of them makes a change, the other says, ‘Yep, that’s exactly what I wanted,’ or ‘Nope, that’s not what I wanted.’ So you move at much more pace.”

The D3 folks were an extension of the bank’s team—not literally co-located, but connected via technology.

“The entire program operated in a series of sprints,” says Butterfield. “We did an alpha launch to a set of internal users five months into our effort to test the experience, functionality and core system in real life.”

Vipond gives kudos to TCF for this effort. D3 is an agile shop, he explained, and is used to operating in sprints. But this was the first time, he says, where “we did our sprint and planning together with the client. There are aspirations by many banks to do that, but TCF actually did it. We would go through our schedules and our work efforts with them every day to make sure we were on track, and also to know what enhancements we needed to make to our platform to serve their needs.”

Results and next steps

As mentioned earlier, TCF saw a four-fold increase in digital engagement from the 650,000 customers that were active users of its old platform.

Butterfield says the bank has also seen a nearly 50% increase in e-bill subscribers and a 220% increase in the e-bills it receives. While he didn’t put a figure to it, Butterfield says “a lot” of deposit transactions are shifting out of the branches and other channels to mobile. He says they don’t have a number yet as to what the impact to branch traffic overall has been so far.

Finally, he says the bank has seen a 250% increase in accounts opened through the digital platform by existing customers.

Asked if TCF Financial would apply similar platform enhancements to the commercial side of its customer base, Butterfield says “We do think this trend is equally appropriate on the commercial side as well.” He adds that the bank has a team looking at its different wholesale businesses to see what the right approach is.

Vipond agrees that the needs of business clients are similar, and adds that D3’s platform allows it to provide similar capabilities for smaller businesses. He adds, however, that “at this point we have not built out cash management functions.”