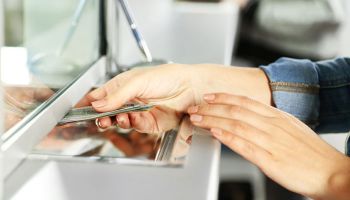 "Invest Worcester" accounts let depositors put their money where their community is.

Most community banks fund their loans locally as much as possible. It’s part of the fabric of the industry.

But creating an account specifically to fund community and economic development loans and to boost home ownership in a given municipality is a bit different.

Different, and quite successful, as Massachusetts-based UniBank has found over the last year and a half.

The 148-year-old mutual rolled out its “Invest Worcester” account in late 2016. The bank refers to the account as “socially responsible banking.”

UniBank has 14 branches in three counties in central Massachusetts. Worcester, population 180,000, is the largest market for the $1.6 billion-assets bank, formally known as UniBank for Savings. As the second-largest city in New England, Worcester faces problems common to many older industrial cities, including declining homeownership and sluggish economic growth, according to Janet Amorello, senior vice-president of marketing for the bank.

Although long active in the Worcester community—including as a source of grant money for various local nonprofit organizations—the bank has come up with a way to engage the local customer base in helping to boost the Worcester economy and increase homeownership.

Some years ago, Amorello helped create a similar program at another Worcester bank. After that bank was acquired, she says, the program lay dormant for many years. Amorello joined UniBank in 2009.

With homeownership in Worcester on the decline again, she realized it was a good time to reintroduce such a program, this time at UniBank.

1. A premium-rate statement savings account available to individuals, businesses, non-profits, and Worcester municipalities. As described on the bank’s website, “Money deposited into these accounts will be leveraged by UniBank to provide loans in Worcester to advance home ownership, community development, and small business development.” (The rate is 1.00% for balances of $10 to $250,000 and 1.00% to .84% for balances over $250,000.)

2. A $750 credit toward mortgage closing costs. This is available to anyone purchasing or refinancing a 1-4 family residence in the City of Worcester.

3. Low-rate small business development loans or lines of credit. The APR is 1.722% for 12 months on loans of $1 million or less. Again, the rate is available only for businesses located in Worcester.

4. A $2,500 credit toward closing costs for CRA-eligible community development loans.

As of the end of 2017, Invest Worcester had close to $9 million in outstanding loans and $1.7 million in deposits, according to Matthew Wally, vice-president of government and community affairs.

He says the deposits are a mix of small-dollar deposits from individuals and larger amounts from local businesses and nonprofits. As of early February there were almost 80 Invest Worcester deposit accounts of which 50 were new to the bank.

Wally notes that the “earmarked deposits” in Invest Worcester accounts are not literally segregated, of course, but that the aggregate amount is strictly used locally.

“We tell people that this money is staying on Main Street, not going to Wall Street,” he says. “It’s being kept in Worcester.”

CRA impact another plus

The Invest Worcester program has brought Community Reinvestment Act benefits, as well, Wally notes. “It aligns with the CRA mission very nicely,” he says. Worcester is a key component of the bank’s CRA assessment area.

While small business lending and mortgage lending under the program both help with CRA, the community development loans “are the gold standard for CRA lending,” says Wally. These loans, with the sizeable closing credit, have attracted considerable interest, he says, from organizations promoting affordable housing, rehabilitating abandoned properties, and otherwise serving a low-to-moderate income clientele.

Amorello notes that the bank is considering setting up a similar program in Milford, Mass., a somewhat smaller city not far from Worcester that has many of the same challenges.

“Any large, densely populated area would benefit from something like” Invest Worcester, she says.