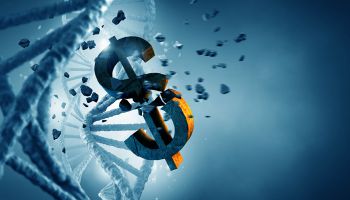 “It’s a little strange when you take someone from your facilities management group and someone out of the call center and promote them to drive this whole [digital banking] product, but it has worked really well for us.”

That intriguing comment came from John Gill, COO and CRO for Somerset Trust Company, Somerset, Pa. The 125-year old bank operates in several rural counties in the western part of the state.

Yet the $1.2 billion-assets bank, with 32 branches, has been an early adopter in the move to shift its “M.O.” to a changing world.

Gill held forth on some of its initiatives, and what they’ve learned along the way, as part of a panel discussion with two other community bankers at the recent ICBA Live Convention, as the annual convention of the Independent Community Bankers of America is called. ICBA’s head of innovation and financial technology, Kevin Tweddle, moderated the discussion.

Somerset Trust is a traditional community bank, said Gill, “but we have also made a commitment to technology. We really believe it is a differentiator.” His fellow panelists felt the same.

“Some people think technology and personal relationships are two polar opposites,” noted Warren Brown, vice-president and head of emerging markets for $2 billion-assets Northern Bank, Woburn, Mass. “We look at it very differently,” said Brown, noting that the bank’s success over time with its small and mid-size business clients has largely been because of high-touch relationships.

The way they look at it is that their customers are “changing how they want that relationship delivered,” he said. “Technology can actually help us deliver a better relationship, and a more efficient relationship.” It allows employees to have more time actually spent with customers, he added.

The third bank represented on the panel was nine-year-old Quontic Bank, based in Astoria, Queens, one of New York City’s five boroughs. The rapidly growing mortgage specialist lends nationwide and has branches in six states. Despite being with a new bank, Drew Sandholm, marketing director for the $352 million-assets bank, has had to overcome resistance to some digital initiatives, including true online account opening (without the need to visit a branch) and peer-to-peer payments.

The way Sandholm sees it, the decline in branch transactions is a big driver, along with going where your customers are going—which is mobile. He also points out that a community bank’s mobile banking app needs to have all the bells and whistles that other (larger) banks have.

“Strategically we see digital as putting us on a level playing field—or almost level,” said Sandholm, “especially online account creation. That opens up an entire market we can advertise to” beyond the bank’s physical market. With Zelle—a real-time P2P payment product that Quontic has signed up for—Sandholm says the bank also gains brand recognition and trust.

“There are 58 banks today with their logos on the Zelle website and one of them is my bank,” he says, “so that’s pretty neat. It helps us to have credibility.”

The decline in branch transactions noted above was discussed in some detail by Somerset Bank’s Gill. He said the bank’s 32 rural branches accounted for a little over 12% of transactions at the bank in 2017, down from 13% in 2016.

In terms of visits, he said, about 275,000 people a month are visiting the bank through its mobile app or website. “There are ten times more people a day visiting our online banking or mobile banking than visit all 32 branches combined,” said Gill.

Warren Brown didn’t put figures to it, but reported a similar trend at Northern Bank, saying “our busiest branch is our digital branch.” The bank has 12 physical branches in the Boston area, but conducts business digitally in many other states around the country. He said the bank made a decision about six years ago not to be limited by geography.

As a result of that decision, Brown said the bank began to look at how much it was investing in people to run its physical branches compared with investing in people to run its digital branch. The ratio “didn’t make sense,” he said, and they concluded they would be better off putting dollars not only into technology, but into the people who are “thinking about it, planning it, and seeing the vision.”

Circling back to the quote that opened this article, John Gill explained at length how the bank ended up with an unusual selection of people to run its mobile banking effort, which is called STC Anywhere.

He said that he and his CEO created the vision, explaining to staff how technology innovation in a community bank can create a sense of pride. Also important, he said, was setting expectations.

Gill went on to explain that a second group—not management—takes ownership. This should not be IT, he said. “IT people are a great part of the team, and they have to sign off on security and everything, but they really shouldn’t be driving these projects. It really needs to by the business owners.”

He went on to explain that Somerset Bank was less than a year into a five-year contract with a mobile banking provider when it decided the product wasn’t the right fit. After extensive due diligence, they shifted to Malauzai, a mobile and online banking provider. But they didn’t just shift vendors.

“Instead, we took some people in the organization that really have passionate energy to build this and put them in charge of the project.” A fresh set of eyes, in other words.

As indicated earlier, these players came from unexpected places within the bank—the call center, the mortgage department, and facilities management. Of course other departments were involved, Gill said, but the “new” people “own the product.” “We support it but they own it,” he said. “They are always looking for ways to make it better.”

Drew Sandholm said communication is critical and has been a challenge—trying to figure out “how to get everybody marching together. You have to create a culture where everyone buys in,” he said. “You can’t put it on any one department.”

Sandholm said it took two years of evangelizing internally to management and to different departments, for example, to get everyone comfortable with online account opening.

“There is a natural tendency with these new projects to say, ‘this will never get off the ground if we get Risk and Compliance in too early. Let’s get it farther down the path and bring them in towards the end.’ We made that mistake,” Brown admitted.

The better way, he said, is “just the opposite.”

“When we are most successful,” Brown continued, “is when they [Risk and Compliance] are a core part of the team from the very early stages.” He said that, yes, there are some difficult conversations and they parties don’t always agree, but it is much better to have that conversation at the start of the process rather than midway through, much less weeks from launch.