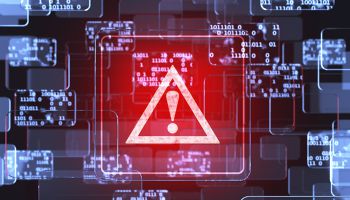 Larger banks facing the need to digitalize more and more of their customer-facing functions have a choice to make, because inevitably making digitalization work in the long term also requires modernizing their core processing.

They can choose to evolve “front to back,” that is, from the customer-facing function and gradually replacing the legacy core, or they can move from “back to front,” upgrading the legacy core and bringing that change along so that it can facilitate bringing customers the digitalized services they want.

While it’s both a tactical choice and a technological choice, in practice often the shifts may need to coincide pretty closely, according to Emily Steele, the recently named President of Temenos North America, as well as North American Chairman Jay Mossman, in a recent interview.

“We believe it can be done in either direction,” says Steele, “but ultimately digitalization will require modernization of the bank’s core.” While Mossman says banks that focus more on consumer banking tend to favor the “front to back” strategy, he says there’s practical urgency driving the movement beyond the need to digitalize.

It comes down to a two-fold challenge of age—a challenge that is not lost on regulators, adds Mossman.

At the largest banks, where frequently technology was grown from within, legacy systems keep creaking along on very, very old programming. It’s no secret that increasingly modern interfaces continue to be built on top of very old foundations—COBOL, Fortran, and PL/I are three. 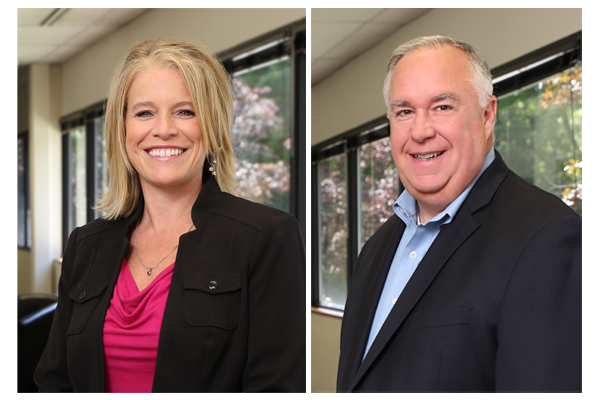 Temenos’ primary market in the U.S. is the top 120 banks, though it intends to gradually move into the $1-$15 billion market over the next year and a half. (In 2017, U.S. operations grew to be 18% of Temenos’ total revenue, and 22% of its total software licensing revenue.)

Mossman says regulators want to see strategies and plans in place to meet the challenge of aging technology. What raises the urgency of this state of affairs is the increasing age of the workforce that keeps the old systems going.

For those employees who know the old languages that underpin large banks’ systems, “they can pretty much write their own check today,” says Mossman. However, he adds, the regulators recognize that “you can’t build a five-to-ten year plan on the basis of hiring 70-year-olds. These people are disappearing from the landscape.”

Steele says this ties into the urge to digitalize because banking systems, both within the larger institutions’ own walls and in coordination with third-party software and systems, have many, many integration points. Making new approaches work, even during a conversion to more modern core and other systems, takes a great deal of behind-the-scenes work.

Even banks pursuing a “front to back” strategy recognize that “they have to get to the ‘back’ pretty fast,” says Mossman.

Steele points out that one large bank that Temenos is currently involved with in a multi-year conversion had over 1,000 integration points in its original system simply in the deposit processing area. Temenos has been laboring with this client to work that down—it’s now around 300 points—for the sake of stability and quality. In such cases, she explains, undoing layers of old programming means sorting through code “that’s just spaghettied together.”

While Temenos wants to reach further down the industry food chain than the top 120, the executives note that the community bank end of the chain is a very different world than the large end.

That’s in terms of the processing structure. Larger organizations frequently have multiple core systems co-existing, but community banks tend to have a single core system and their core vendors have added on many solutions from companies which they have acquired over the years. The community bank tends, thus, to be involved in an all-in-one approach, with many pieces of that relationship having staggered contract dates. Mossman, who preceded Steele in the president’s role, says this can make cracking that end of the market harder for a U.S. newcomer like Temenos.

Going forward, Temenos has been building an alternative to devising all the solutions U.S. banks will need by itself. It calls this “Temenos Marketplace.” The marketplace consists of applications—there are currently 69—offered by fintechs with whom Temenos partners.

“It’s very much like the Apple App Store,” explains Steele. She explains that the point of the marketplace is to build an “ecosystem” of services that banks using Temenos core processing can add to their offerings.

“We have been offering solutions that are best in class in those areas where we don’t want to build or acquire the solutions,” explains Steele. The company holds “innovation jams” around the world to showcase its partners’ solutions for Temenos clients as well as to provide exposure for potential additions to the ecosystem.

Partners are vetted by Temenos, according to Steele. While the process isn’t a full-scale due diligence exercise, she says clients find it helpful to have the results in hand when deciding when to pick a particular vendor’s solutions.

Open banking in the U.S.

Given Temenos’ strength in Europe, Banking Exchange asked the executives about the expectations regarding adoption of open banking in the U.S. in the wake of its mandated adoption in Europe.

Mossman sees open banking coming here, but not for some time. He has several reasons.

One is the pending regulatory reform already underway in the U.S. The shape and timing of that, among the regulators as well as on Capitol Hill, will dominate the agenda here, Mossman believes.

In addition, “I don’t think that U.S. banks are ready for open banking, nor are consumers ready for it,” adds Mossman.

“I don’t see anything happening for three or four years here,” he says.

When the talk turns to the involvement of Amazon and other large tech firms in financial services, Mossman suggests that those players will continue to pursue relationships but will rely on banks to be wholesalers of many of the services they choose to offer.

“I think they are all about the consumer,” he explains, and not about becoming banks.

Is branching shift a re-think?

The massive branch expansion plans by JPMorgan Chase and Bank of America raises the question of the impact of such strategies on processing. Is a renewed stress on physical offices going to drive any change in how banks digitalize?

Both Steele and Mossman are skeptical on that point. They say even where new offices are being established, the stress is on consultation, not transactions, so that the shift in core systems and the like continues to be on digitalizing services. In systems adding new locations, says Mossman, the emphasis will be on providing services via in-branch tablets and more.

In many ways, the moves in branching by the large banks are as much about branding as anything else, suggests Mossman. In this they are almost taking a page out of Amazon’s book, as the leading ecommerce company continues to experiment with physical locations from actual bookstores to foodstores.