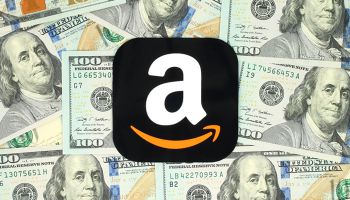 Banks can gain something from Amazon, and you don't even need Prime.

“Amazon is flirting with our customers (and they like it!”)

Peter Wannemacher, senior analyst at Forrester, opened with that PowerPoint slide during a presentation at Efma’s Bank+Fintech 2018, while adding that no one really knows precisely what Amazon’s plans are for banking. The nearly month-old rumors about a deal with a large bank that were reported in business media remain that, with Amazon not denying or confirming them.

No matter where that wrinkle comes out, Wannemacher said that banks should look to Amazon as an example of how to think of their strategy. Banks increasingly suffer both commoditization and disintermediation, he said, and a large percentage of bank customers in the U.S. say they believe that all banks are basically the same.

While banks face that conundrum, Wannemacher said, Amazon keeps endearing itself further to consumers. He cited research indicating that two-thirds of non-Prime Amazon customers report that they begin with Amazon when they decide to shop for something. Meanwhile, Prime customers buy from Amazon, on average, every six days. And 79% of Prime customers who have had that membership for three or more years say they trust Amazon to treat them well.

In the face of this kind of service standard, Wannemacher said, banks can win like Amazon, win with Amazon, or they can lose. He added that while Amazon was a strong example, there are other platform brands out there that represent the movement towards such online communities and their influence on the consumer behavior.

A limited number of those banks that don’t win with or like Amazon could, instead of losing, find success as “dumb pipes”—providers of banking transaction and other services as a utility, according to Wannemacher. However, he said, businesses based on transmission can be difficult to make successful.

Typically, he said, “you have to be a monopoly or be extremely efficient.”

“I do see a future when some banking organizations will serve that niche,” said Wannemacher. But that will only help a handful of players.

Winning with Amazon—or another platform—depends on building “lifestyle-enhancing relationships” with customers, said Wannemacher. As a nonbanking example of a company that has had success with that strategy, Wannemacher pointed to Dominos Pizza, which he says gets on board every platform it can as early as it can, to expand connections to customers.

On the other hand, winning like Amazon, he said, imitating its advantages, may be possible, but can be difficult to deliver. Becoming a platform comes with a great deal of baggage.

Sometimes, he said, a financial provider can succeed by providing an essential piece of a platform, rather than trying to run a platform by itself.

One example he cited is Tide, which provides ancillary business banking services. This U.K. company, which caters to small businesses, does not provide the banking services part of its offerings directly, but with a partner, PrePay Solutions, a financial company regulated by the U.K.’s Financial Conduct Authority. In turn, one of PrePay Solutions’ owners is MasterCard Worldwide.

One was the four questions that Fifth Third Bank uses to evaluate fintech deals:

1. Will we see a good return on investment?

2. Will we gain increased distribution?

3. Will it fill a gap we cannot fill, or don’t have time to fill?

4. Will it grow our market share/bank revenues?

Wannemacher said the overarching question is “Will this create value for the customer?”

His own four-step plan runs as follows: