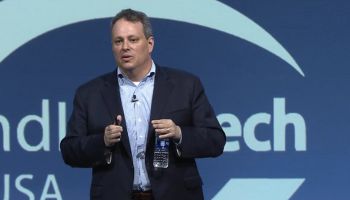 For the traditional bank-based business lender, relationship banking has usually been a direct, often personal matter. Frequently face-to-face contact with a company’s leaders comprises part of it. Consultative selling represents another. High availability and ease of access also play into this concept. And implied in the mix is a sense of physical proximity—banking boots on the ground near the customer’s place of business. And sometimes even a game of golf.

But now let’s consider one of the fintech companies that has been steadily gnawing at the small business credit market, with no physicality at all: Kabbage.

Kabbage began in 2008 and has expanded its online lending effort to include its original business term loan program, lines of credit, a mobile app, and a credit card. Currently, on its website it states that it has provided over $4 billion in funding to over 130,000 small businesses.

And that’s without any branches or calling officers. The way Kabbage gets to know its customers and gains insight into their needs is through real-time data. Kabbage maintains nearly 2 million live data connections relating to borrowers’ businesses. (Each customer may account for between five and ten such connections.)

These connections, to payments information, shipping information, and more, give Kabbage a fairly real-time view of how a borrower is doing and of what their needs are and will likely be.

At the recent LendIt Fintech conference, Rob Frohwein, co-founder and “Kabbagehead”—that’s from his LinkedIn page—discussed several aspects of relationship building with the many online lenders taking part in the meeting. He is convinced that online lenders must move beyond their original niches to have a strong future.

“If all you are doing online is lending money,” said Frohwein, “then you are going to go the way of the dinosaur.”

Frohwein hastened to add that he didn’t mean that online lenders who don’t expand would go out of business. He explained that they simply wouldn’t be the exciting companies they were a few years back when online lending was a newer field.

“The next act for fintech is fintechs wanting a bigger slice of the pie,” said Frohwein. “The question is, can they get it?”

How can fintech lenders grab pie?

While Kabbage works with other companies, licensing the Kabbage platform, Frohwein showed some skepticism about fintech-banking partnerships in his keynote speech. He said he had been asked by organizers of another conference to speak about bank-fintech partnerships and scoffed.

His message appeared to be that online lenders had better rely on their own strategies for growth. He said a key element is keeping customers so happy that the lender has “their implicit permission to offer them another product or service.”

Frohwein said some online companies have figured out how to build such relationships, and as one example flashed an original home page for Amazon on the screen. The page had none of the familiar look and feel—not even that “A to Z” swoosh arrow—and over the plain vanilla nameplate was a welcome to the world’s biggest bookstore.

“You actually look forward to the next product or service that they will offer,” said Frohwein.

Frohwein noted that there are multiple ways that companies can fail when trying to expand their offerings.

1. Trying too long a stretch.

By way of example, Frohwein pointed out that Prosper Marketplace, which offers three- or five-year personal and business loans, tried an expansion in 2016 called Prosper Daily. This was a mobile app designed to help consumers track spending, protect their identity, and monitor their credit score. In 2017, Prosper discontinued the product, and sent its Daily users to another mobile app provider.

Frohwein blamed the flop on a “lack of connective tissue.” Trying to build a daily business model on top of an audience taking multi-year loans was too great a stretch, in his view.

2. Cheaping out on brand promotion.

Another error is failing to spend money on the company’s brand. Interestingly, given that the fintech fraternity is a crowd attuned to social media, Frohwein urged listeners to invest real money in their brands. (@KabbageInc, the corporate Twitter handle, has 23,400 followers, while @KabbageRob, Frohwein’s own account, has fewer than 2,000 followers.)

Frohwein said that Kabbage has spent $125 million directly on brand promotion since launching. This is interesting because he displayed a certain frugality that goes back to the company’s founding. He said that Kabbage begins with a “K” because the cost for the Kabbage.com domain was a pittance compared to that of Cabbage.com, which was going for $75,000 when the company went online.

(Frohwein added that the company recently snapped up the Cabbage.com domain, having a bit more kale to work with these days. And he also poked some fun at Bank of America’s “Erica” app’s name, drawn from the last five letters of America. He speculated about what the bank paid its brand consultant for that name.)

Frohwein said that all those data connections referred to earlier give Kabbage a strong idea of what its customers look like. Few online lenders have that depth of customer knowledge, he said.

Frohwein said that the company’s efforts and spending in these three areas have helped its results. He said that Kabbage borrowers average 20 loans over five years, while customers of other online lenders average 2.2.

“Our objective is to become the financial nerve center of all small businesses,” said Frohwein.

Long term, the idea at Kabbage is to simplify customers’ business financial lives.

“We want to ‘let the baker bake’,” said Frohwein. “We want them to focus on what they want to do.”

View a video of this session on the LendIt Fintech website.