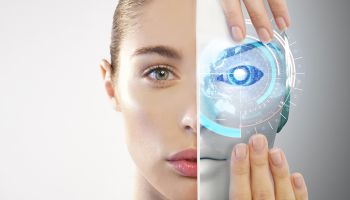 The continuing movement of artificial intelligence into banking will be more a blend of human and machine, rather than "the robots are taking over."

Have you ever shopped online for a mattress?

Then you know the drill. For weeks after you made a decision, and perhaps even after you took delivery, you still see ads following you around the internet, promoting this mattress manufacturer or that.

You think, “if this is a sample of artificial intelligence, then where’s the intelligence?”

But in time, McIntyre and his team say in a new report, Building The Future-Ready Bank: Banking Technology Vision 2018, “Citizen AI” is going to be a key part of the banking workforce. The report, summarizing recent Accenture research on five key tech subjects, states that 79% of bankers believe that within two years AI “will work next to humans in their organizations as co-worker, collaborator, and trusted advisor.”

The report indicates that the industry has used AI in more rudimentary forms for a couple of decades and that more advanced forms have started to show up, such as Bank of America’s Erica intelligent virtual assistant as well as the robo-advisors adopted by both banks and investment firms.

The report makes the point that customers won’t accept AI as something strictly behind the scenes. In keeping with the moniker, “Citizen AI,” Accenture says in the report that “As AI develops decision making capabilities, it can’t be a black box. Instead, it needs to be subject to the same constraints and transparency rules as any other employee. Bankers overwhelmingly recognize the importance of this transparency.”

The report states that 90% of bankers surveyed think the concept used for AI decisions should be explained to customers and employees..

In a time when books and articles attempt to explain why AI won’t kill many jobs—when many people, especially Millennials, seem happier to deal with a bot than a person—what might Accenture’s conception of the future look like?

McIntyre uses a human credit analyst as an example. He sees AI, in this partnership, as the “employee” that’s told what data to generate or to find. Rather than replacing the analyst, he says, AI should be augmenting the banker. The result is a more effective and efficient banker.

In time, the human analyst may be assigned to train the AI in credit analysis, giving it a more-human-like grasp of this classic banking function. Even as AI takes on heavier lifting, McIntyre suggests, it will be under human oversight. Having a human “boss” for AI is essential, he says. Unchecked credit analysis could gradually devolve into discriminatory lending, for example. A human spotting this would be able to “interrogate” the technology to find out how decisionmaking had taken this turn.

In time, McIntyre says, while AI and human bankers will have such “blended” relationships, he also thinks that some tasks will go all one way or all the other.

“There will be situations where it is a ‘pure human’ task and there will be cases where the task is purely automated,” says McIntyre.

But he favors the idea of teamwork, and agrees that the right word for the relationship is “symbiotic.”

“They should make each other better,” says McIntyre. “We think that the adoption of AI in the banking industry is not necessarily job losses.”

Not quite according to plan yet

AI is one of five tech trends examined in the report. But in overall comments, Accenture makes the point that some of the predictions made for concepts like open banking, challenger institutions, and fintech in general have not yet panned out.

Take open banking, as has been pushed in the U.K. and the European Union, and mandatory data sharing, as introduced in Australia.

“Current evidence suggests that, in most of these markets, incumbent banks have managed to avoid the waves of digital disruption that have washed over other industry sectors,” the report states. While many new companies have been founded, data cited in the report indicates that they are capturing a small fraction of traditional institutions’ revenue.

Similarly, in the U.S., where fintechs seem to be founded and funded serially, the story has been one of “further consolidation rather than increased competition,” according to the report.

For example, the report notes that while digital account opening proves popular, thus far the largest incumbent players have been growing as compared to newcomers. The major traditional institutions have deep pockets that can be invested into producing the best digital experiences, or buying up fintechs with good ideas, according to McIntyre. There has been more change on the credit side than on the deposit side, the report notes.

Overall, “there’s a lot more nuance then there was three or four years ago” when “disruption” was the word of the day, McIntyre says. There’s more collaboration and more partnerships.

Yet with so much activity—a day hardly goes by without some organization announcing a fintech lab, a hackathon, a fintech development program, or a fintech pitch competition—why does there seem to be not nearly as much traction as there is discussion?

McIntyre says fintech should be seen not as a whole but as a collection of technologies, in answering this question. The niche a particularly technology sits in will play a part in how quickly it becomes adopted.

What moves the needle?

Why? The dollar amounts in these sub-categories of finance are large, and a new idea can move the needle in a hurry, says McIntyre.

By contrast, fintech ideas for retail banking, for example, while numerous and much easier for many to understand, can take quite a while to influence broad trends.

McIntyre says that a great deal of time and effort must be expended and the needle won’t budge until thousands of people have begun to engage with retail fintech. He says much more retail fintech will be coming in the U.S., “but it will take longer to change the traditional core of retail and commercial banking.”

In that space, large players are rich in budgets and data, but cultural change still takes time.

“Digital transformation is a tough and complex thing to do well,” says McIntyre. 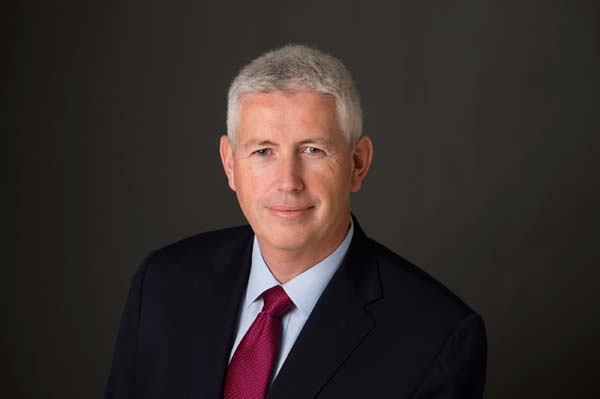 "Advisory in the moment" service, delivered through virtual assistants like Alexa, may be the way the personal financial management comes into its own, says Alan McIntyre of Accenture Global Banking.

Does everyone actually care?

Accenture’s report suggests that banks must create services that are “highly personalized and relevant”—or risk being also-rans.

This prompted the question, what if customers, especially retail customers, don’t particularly crave personalized digital experiences. Many people’s lives don’t revolve around the financial assets—some can barely bear to talk about budgets, money, savings, and such.

McIntyre acknowledges that this can be an issue. It’s one reason that PFM—personal financial management—software never reached its potential as originally conceived.

“A lot of people don’t have the interest or the patience,” McIntyre explains. “For customers to become engaged, they have to see how it is helping them.”

McIntyre thinks the likes of Alexa and its virtual assistant brethren may be where the hope for PFM-style automation comes into its potential.

He calls this “advisory in the moment” service. People may not want to spend any time with a budget program, but they may respond if Alexa warns, “I see you seem to be spending a bit of money here.”

Again, it’s about the perceived benefit. When someone finishes watching a movie on Netflix’s streaming service, McIntyre says, the viewer is asked to rate the film or program. And many will.

Why the willingness? McIntyre says the viewers know taking the time to rate what they’ve seen will improve their future experiences on the service. And that they see as worth their time.