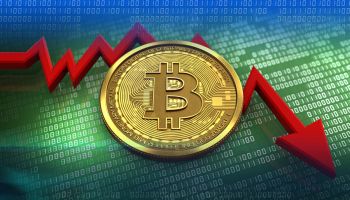 Bitcoin reached an all time high of $19,764 in December of 2017, just fourteen short months ago. My how things have changed, as the currency has been in bear market territory for the longest period in a decade. It has been in decline for more than 400 days. The current price of bitcoin is about $3,350 which is a little over an 80 percent decline from its high.

While some news sources that are sympathetic to the currency are predicting that a bottom is just around the corner, institutional investors are not so sure. Recently, there was a withdrawal of an Exchange Traded Fund for Bitcoin.

The currency will soon be cut in half again due to its deflationary monetary policy, which will likely take place in early 2020. In its ten year history, the halving event would normally be considered a potential opportunity for a bull run due to demand, but with the price falling more like a falling knife than a correction, it is not clear if it will have its desired effect.  Such optimism would assume that Bitcoin’s demand is greater than its supply.

Bitcoin is considered a legitimate currency and is accepted as a means for payment. It is likely here to stay, but the question is at what level. The quarter and the dollar are also here to stay, but the value fluctuates. Also, Bitcoin is the most valuable of many crypto-currencies and its decline brings with it most of the other players in the market.