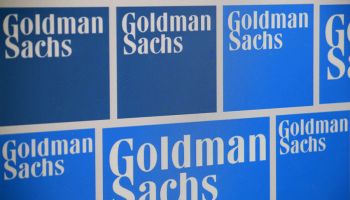 Last week on Banking Exchange, we wrote an article about how the markets might be looking for the Fed to help the economy through interest rate cuts. This week, Goldman Sachs is now saying do not count on it.

Goldman Sachs’ chief economist stated, “Although it is a close call, we still expect the FOMC to keep the funds rate unchanged in the remainder of the year. In our view, this was not a strong hint of an upcoming cut but was simply meant to provide reassurance that the FOMC is well aware of the risks from the trade war.”

Either way, Trump scared the markets with threats of a 5% tariff on Mexico, then declared victory over a trade deal that averted the tariff “indefinitely.” Goldman Sachs warned that the Federal Reserve was simply letting the market know that it was watching in the long term to see what trade wars might be on the horizon.

If Goldman Sachs’ analysts are right, it is likely the Federal Reserve will react more to the economy than speculation on trade policy. They also noted that the Chair did not specifically address short term issues but spoke broadly.

Goldman Sachs’ view is still in sharp contrast to the rest of Wall Street that is banking on monetary policy focused on a rate cut. The vast majority of analysts are expecting at least one rate cut, and a healthy majority expecting at least three rate cuts before 2020.

Much of the speculation is also dependent on continuing trade talks with China. After Trump announced the agreement with Mexico, the markets rallied as Wall Street bet that Trump’s tariff talk could just be a negotiation tactic and then he would not risk following through before the 2020 election.