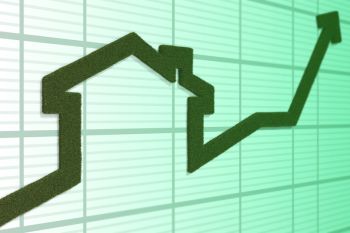 While overall business sentiment of the economy has grown increasingly pessimistic, or at the very least, concerned, a new report shows that executives in the real estate market continue to be bullish about the commercial real estate sector.

Commercial real estate was a major beneficiary of the tax cuts passed in December of 2017, and that was one of the major reasons for the optimism. Investors continue to analyze how the tax breaks can benefit them with certain investment strategies.

Digital transformation of office space is an area of concern, and yet is also one of the expressions of opportunity within the market that can be appealing. Additionally, multifamily residential properties showed strength in that 67 percent of those surveyed were optimistic about growth.

Not surprisingly, the biggest area of concern sighted is interest rate hikes. However, with the majority of Wall Street analysts betting that it is more likely to have an interest rate cut rather than an increase, and reports that there is little sign of inflation interest rate cuts should only continue to fuel optimism.

The results for banks were also positive with 51% of the respondents stating that banks would be one of the top three entities to fund commercial real estate debt and/or equity in 2019. The major markets that are over performing the rest of the national markets are Chicago, Houston, Miami and New York. All of these markets are considered “core” markets by commercial real estate investors.

Eric Rapkin, chair of Akerman’s national real estate practice group commented, “While the U.S. real estate market has remained resilient since the economic downturn, the headwinds we expected coming into 2019 are starting to come to fruition. Nonetheless, capital is still chasing deals, especially in gateway markets, and we’re beginning to see executives capitalize on tax advantages and deferral strategies such as Opportunity Zones.”