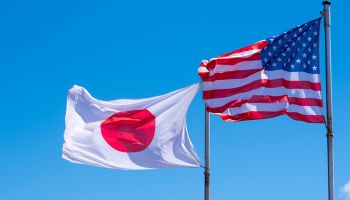 Economists are now concerned that the global economy looks strikingly similar to Japan during its heyday as the leading growth economy.

For most of the 1980’s Japan was seen as the benchmark for growth and business leadership as other countries were intrigued by its rise to prominence since World War II. However, stimulus began to fail to provide a continued economic expansion and the economy started to stagnate for more than a decade.

While the United States’ economy is more diversified now than Japan was and certainly has more international influence, the questions raised are focused on the ability to sustain growth with limited tools.

America is not the only country set to lower interest rates as central bankers are looking to help sustain the global economy. Europe and several Asian countries are following suit. But economists worry that governments are running out of tools to continue growth.

Rising debt and aging populations may make soft money policies unsustainable. Bloomberg reported this week that $13 trillion of bonds worldwide yield below zero returns, and trade tensions between China and the United States continue to be a concern.

Bank of America’s head of global economics claims that easing will help avoid a market downturn, which is a key element in helping to sustain growth and consumer optimism. But do central banks have anything left if needed?

Ten years and several hundred rate cuts in, economists are questioning what effective tools will be available if the global economy needs more stimulus. The central banks may be left with bullets to fire when they need machine guns.

Lastly, another big question comes down to how willing will banks be to lend money when there is so much debt out in the marketplace? Banks could decide not to lend due to regulations in capital and liability risk, as well as equity positions.

If the interest rates are lower, but lending does not follow, the stimulation is limited. With an aging population likely increasing savings instead of spending, 2020 could be an interesting year for growth.