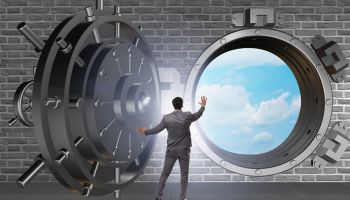 According to a recent study of global bankers, nine out of 10 believe open banking will boost organic growth by up to 10%, while just over half see it as a way to outpace the competition. But despite the optimism surrounding open banking, U.S. adoption continues to be on an uncertain timeline.

Among the most prominent reasons for the delay is an intricate regulatory landscape. Unlike other countries – such as Australia, the UK and Canada, which must deal with just one or two regulatory bodies – the U.S. is faced with legislative responses from eight or more regulatory organizations.

Although this added complexity has led to setbacks as well as dampened enthusiasm, the slow pace may actually prove beneficial for the U.S. Instead of rushing into potential mistakes, the U.S. has the luxury of learning from those who have gone before them. From emphasizing ownership over data to developing appropriate standards, there’s an opportunity to heed the lessons provided by countries that are well on their way toward adopting open banking.

In Australia, open banking is just one part of a longstanding movement toward increased control and convenience for consumers. Since a review of the country’s financial system and competition policy nearly five years ago, Australia has embraced the idea of data sharing as a means of driving competition and improving consumer choice. These efforts to extend more than just data access have been captured within the Consumer Data Right (CDR).

Launched in November 2017, the CDR helps ensure consumers retain control over their data throughout a number of different sectors – including banking, energy and telecommunications. Rather than choosing between a select number of providers, consumers are empowered to access and move their data as they see fit. The result? More competitive pricing along with innovative products and services.

A 2016 report from the UK’s Competition and Market Authority helped shed light on a comprehensive problem in the UK – lack of competition. For far too long, a small number of established banks won new customers with ease. In an effort to provide a more specific and powerful version of the European-wide PSD2 that could pave the way for the emergence of new financial offerings, the Open Banking Implementation Entity (OBIE) was created.

The OBIE functions as the authority on open banking within the financial services industry. Whether it’s pragmatic work such as designing specifications for Application Program Interfaces (APIs) or developing security and messaging standards, OBIE's widespread authority over all things open banking helps create momentum toward a balanced, competitive banking industry.

Canada is on a slow march toward an open banking program. Last fall, Finance Canada set up a panel on open banking in Canada which has toured the country to gather stakeholder views. More recently the government of Canada launched a “Digital Charter” which set broad guidelines that will help govern the exchange of data in an open banking program. Concurrently, Canada is in the midst of a once every three generations payments modernization program which will impact how money gets moved and who can move it.

Even though the advisory committee was tasked with examining the potential benefits of open banking as well as possible strategies for implementation, years may pass before an open banking policy is passed. Considering the complex nature of Canada’s regulatory environment, it may be worth keeping an eye on how the adoption of open banking fares and how successful Canada is at delivering a unified federal rule set, thereby avoiding some of the state-by-state challenges the U.S. will inevitably face.

While the U.S. may be behind other countries in the race toward adoption of open banking, such a position presents a unique learning opportunity. Whether it’s developing a committee to oversee open banking standards or observing how regulatory bodies are handled, capitalizing on the experiences of those countries that have already embraced open banking can help increase chances of successful adoption in the U.S.