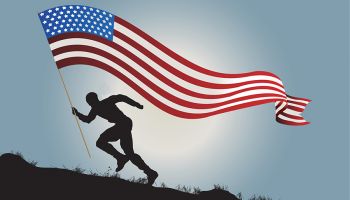 Unsuspecting non-U.S. lenders may be surprised by the relative ease with which their local borrowers can seek the expansive protection of the U.S. Bankruptcy Courts. While the benefits to such lenders may be short-lived, a U.S. bankruptcy filing burdens their lenders and other creditors with the considerable cost and expense of protecting their interests in an unfamiliar jurisdiction many miles and time zones away.

In recent years, a handful of global shipping companies and other non-U.S. enterprises have commenced Chapter 11 bankruptcy cases despite having no operations, or even any meaningful assets, located in the United States, often with the primary goal of frustrating their lenders’ efforts to pursue collection remedies.

Such was the case with the Taiwanese-based shipping concern TMT Shipping. At the time of the original financings, TMT Shipping’s local lenders could not have anticipated that their contractual and statutory ability to arrest the vessels that served as their collateral during the depths of the shipping financial crisis could be impeded by the filing of a voluntary Chapter 11 petition in the U.S. Indeed, TMT’s fleet of VLOOs (“very large oil and/or ore”), tankers and RoRos (“roll-on, roll-off”) operated primarily in the Eastern Hemisphere.

As originally structured, the borrowers under the various bilateral credit facilities were vessel-owning holding companies, each party to bareboat charters with affiliated entities that were responsible for the technical and commercial management of the vessels. By 2012-2013, the shipping industry saw a sharp decline in charter rates, leaving many of the TMT Shipping obligors in default under facilities. Negotiations with its senior creditors had stalled, and the lenders and other creditors began commencing arrest proceedings.

In a strategic move, TMT Shipping and certain affiliates filed Chapter 11 bankruptcy in Houston, Texas, in 2013 to prevent any further arrests and halt any further proceedings in the active collection actions. At the time of the filing, arrests had been commenced against at least seven vessels in jurisdictions ranging from Singapore to South Africa. The obligors, now debtors-in-possession, owned, directly or directly, 17 of the vessels in TMT Shipping’s fleet. Notably, those TMT Shipping entities that managed the day-to-day operations of the vessels and were party to the bareboat charters were not among the Chapter 11 debtors.

Instead, before the bankruptcy judge were a series of 22 related entities that had conducted no business in the U.S. and which represented a minority of the roughly 60-70 entities that made up the TMT Shipping family. Few, if any, were in control of their assets or source of cash flow ─ incredibly, the debtors had no operations, no employees and little to no revenue. The debtors filed their cases without any identified restructuring purpose or plan, and without debtor-in-possession financing to allow a smooth transition to bankruptcy. Instead, they filed their cases to take advantage of the Bankruptcy Code’s “automatic stay” and immediately suspend all ongoing arrests and protect themselves from the loss of many of their vessels.

But how could this collection of entities, organized in Taiwan, Panama, Liberia and the Marshall Islands, find their way to the protection of the U.S. courts? The Bankruptcy Code provides few hurdles to eligibility for a foreign entity. To qualify as a debtor in U.S. Bankruptcy Court, an entity must “reside or [have] a domicile, place of business, or property in the United States, or a municipality.” (Emphasis added.) The type or value of property that a foreign entity must have in the United States, or even how long such property must be located in the United States, is not addressed by the Bankruptcy Code and courts have proven to be quite flexible.3 In the case of TMT Shipping, many jurisdictions would have seemed more appropriate venues for overseeing its insolvency proceedings, particularly Taiwan where its secured lenders were present and from where many of the entities operated their business.

In fact, TMT Shipping did commence a process in Taiwan but it, and other available locales, did not have debtor-friendly insolvency regimes that could afford it the global protection of the automatic stay. And so, TMT Shipping, through a nondebtor affiliate, funded professional fee retainers with newly retained U.S. legal counsel and financial advisors and shortly thereafter (in fact, on the same day as the retainer was delivered to the financial advisor) commenced the bankruptcy cases.

Critically, the retainers, although not funded with the property of the 22 debtors, were funded on behalf of them and therefore constituted “property” located in the United States for purposes of the Bankruptcy Code’s venue rules. Moreover, both firms had chosen not to apply portions of the retainer to then-outstanding amounts that were owing on the petition date – to have done so would have left the debtors with little or no remaining assets.

And with those 11th hour filings based on a mere “peppercorn” of assets in the U.S., the automatic stay went into immediate – and global – effect without the need for any further action by the debtors. TMT Shipping’s foreign lenders, bunker suppliers and even their own crews, whether or not they had knowledge of the filings, were prevented from further pursuit of recoveries of long-overdue payments and stayed from any further activity in connection with ongoing arrest proceedings. Knowing violations of the stay could lead to severe sanctions, the debtors quickly sought an order of the court (although necessary) declaring the effectiveness and scope of the stay for presentation to its foreign creditors.

Generally, the stay imposes a prohibition on any actions to foreclose upon, or exercise self-help remedies to set-off or repossess, a lender’s collateral or otherwise continuing any litigation against the debtor without the permission of the court. The Bankruptcy Code broadly sets forth the types of activities that are enjoined as a result of the filing of a bankruptcy petition and include the following: (i) all judicial, administrative or other proceedings against a debtor that were or could have been commenced prepetition or that are based on a prepetition claim; (ii) enforcement of prepetition judgments against the debtor or property of the estate; (iii) acts to obtain possession of property of the estate or from the estate; and (iv) acts to create, perfect or enforce liens against property of the estate. A creditor can seek relief from the stay for, among other things, the lack of “adequate protection” of its collateral (e.g., failure to maintain insurance) but such relief is generally limited at the outset of a case. Instead, the court’s tendency is to preserve the debtor’s assets from attack, providing it a “breathing spell” to propose a reorganization plan without having to fend off creditor attacks.

TMT Shipping’s institutional creditors quickly hired legal teams at great costs to defend their interests across the globe. Others, without similar resources, were left relying on a system that they knew little, if anything, about. Several of the secured lenders challenged the bankruptcy filings as having been brought in “bad faith,” arguing that the debtor improperly manufactured jurisdiction with the retainers.

They further argued that the cases were commenced without a reorganization purpose, and instead were solely to frustrate their creditors’ exercise of remedies then being pursued in legitimate forums. Following hard-fought litigation over a period of months, first in the Bankruptcy Court and later in the District Court, the debtor’s cases were permitted to remain in the United States.

TMT Shipping had followed other foreign shipping enterprises into Chapter 11. In the years before, Omega and Marco Polo had filed bankruptcy with tenuous, although certainly more substantial, connections to the U.S. than TMT Shipping had. In Marco Polo, for example, the debtors had an interest in fee retainers, but also an interest in a shipping pool and a deposit account with working capital. Omega was a publicly traded enterprise, with its common stock had traded on NASDAQ, and one of the debtors had been a U.S. company for years before the filing.

Ultimately, both cases ended with plans of liquidation with their vessels being transferred to the lenders after much expense and delay. TMT Shipping seemingly lowered the hurdle a few notches. Bankruptcy Courts will continue to rule similarly, following the burgeoning view that the U.S. restructuring regime is superior to alternatives and that, in a global economic society, foreign debtors should have access to the benefits and protections of the Bankruptcy Code.

Going forward, lenders must take precautionary measures to protect themselves. Anticipating the risk of a U.S. bankruptcy case is a crucial first step. Certainly, one means of protection is to exercise all reasonable remedies that can be taken in advance of a bankruptcy filing and imposition of the automatic stay. In the case of TMT Shipping, the lenders had begun arresting vessels but had little control over the speed at which those cases proceeded. However, many lenders held as additional collateral significant retention accounts in their borrower’s names. The accounts were intended to be used for payment of the final installments of the loans but could be set-off in the event of payment defaults. Indeed, many if not all facilities were in payment default and subject to acceleration by the lenders, thereby permitting a complete set-off of the accounts.

But in the spirit of ongoing negotiation, among other considerations, the lenders chose not to so. Unfortunately, when the cases were filed, these retention accounts in the names of the borrowers, although in accounts maintained at the lenders, were property of the debtor’s estates. Accordingly, the automatic stay prevented any further sweeping of the accounts and the debtors were permitted access to the funds for certain purposes. Had the accounts instead been swept, the funds could have been applied to the loan or preserved in a separate account in the lender’s name, shielding it from the bankruptcy case.

Lenders might also include additional negative or affirmative covenants in their credit agreements with those borrowers that might be of greater threat of a U.S. bankruptcy filing than others. For example, a credit agreement might restrict a borrower or any of its affiliates from having any assets or doing any business in the United States. Alternatively, a credit agreement might include a notice provision that mandates that the borrower inform the lender before any asset is held in the U.S. or any U.S. professionals are retained.

Although not a panacea because borrowers may simply default in respect of these covenants, evidence of the willing breach of such a covenant could be valuable to a lender in seeking to convince a bankruptcy judge that a case was filed in bad faith.

As recent history shows, many non-U.S. borrowers have been able to delay and severely limit the legitimate collection efforts of their credits by filing Chapter 11 in the U.S. As TMT Shipping has shown, they can do so with as little as $115,000 funded on their behalf by affiliates to their professional’s retainer accounts.

And while this is no doubt frustrating and costly for lenders and other creditors, there are precautions that can be taken to prevent foreign borrowers from benefitting from the automatic stay or perhaps take steps to better position themselves in case of such a filing.

Frederick D. Hyman is a partner in Duane Morris’ New York office. He focuses his practice on the representation of domestic and foreign lenders in connection with in-court and out-of-court workouts and restructurings. He regularly counsels agents and lenders in both large and middle-market transactions in connection with the development of strategies to maximize their recoveries, including negotiating forbearance agreements and waivers, amendments and all other elements of an out-of-court restructuring and recapitalization.