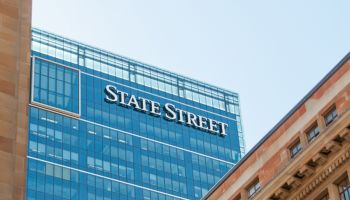 State Street has an impressive list of banking clients from asset management firms. A bank executive recently stated that many of these clients have strong interest in bitcoin and other digital currencies, and that State Street can foresee business rising from the new asset class. Almost all of their clients say they hold digital assets already and almost half have stated that they see growth in holdings in 2020 according to a State Street survey that will be out this week.

The key takeaway is that the asset services side of banking could be embracing the currency, and not just the technology. Many banks including its custody rival Northern Trust have embraced blockchain, but have been colder to digital currency and specifically bitcoin.

The Boston bank is singing a very different tune. In fact, State Street actually has had redundancies in blockchain technology related workers in 2019 even as they are gearing up for custody related services for digital currency.

Coindesk, an online news service focused on digital currency, recently quoted a State Street Executive as stating, “Being able to provide custody and servicing around digital assets is different than building our entire backend infrastructure and prioritizing our technology stack to support Hylperdeger blockchain.”

This is not to say that Blockchain technology interest has softened across the board. In fact, rival banks have actually developed it, sold it to fintech firms and then continued to use it. Most asset management firms also believe the technology will be integrated into their systems sometime in 2020 and believe it will be an improvement over present systems.

Asset management firms are already investing in digital currency through firms such as VanEck, and most see ETF trading of Bitcoin and its smaller rivals as being less than a year away, which will make investments more mainstream especially by institutional investors.

With countries such as China with plans to create a digital currency, the transition will be rapid in 2020. However, just because large banks such as State Street are anticipating servicing the industry and new investment products will be approved, that does not necessarily mean investors will see the currencies as more valuable than they are right now… it just means they see them as an inevitable part of the financial market.