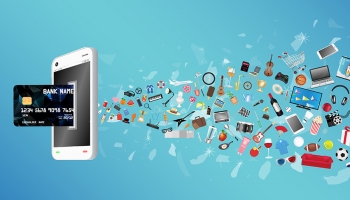 A new digital banking service targeting the underserved middle class in the US has raised $26 million from venture capital backers and plans to go live this summer.

The company, One, was co-founded by Bill Harris, a former PayPal CEO, and Brian Hamilton, former CEO of online business banking provider Azlo.

The company plans to integrate credit provision into its digital banking services, and claims it is the first digital bank to do so. This will provide customers with a “seamless” way to save, spend and borrow money.

“There’s a gap in the market that’s not being met,” said Harris in a statement announcing the fundraise on March 17.

“Middle-class American families are being left out, and we built One specifically for them. One will combine the technology and convenience of challenger banks with a full suite of products that traditional banks offer.”

Hamilton added that the traditional financial services system tended to put customers’ money into “siloes”, making it difficult for people manage their savings and borrowings.

“Most people have a balance in their checking account that earns nothing and outstanding debt on their credit card that costs too much,” he said. “When this money is being managed from one place, people save more, are charged less and gain control.”

One’s latest fundraising round received $17 million worth of investment from three backers: Foundation Capital, Core Innovation Capital, and Obvious Ventures. The neobank said the money would help “scale its services to more customers ahead of a public launch this summer”.

Charles Moldow, general partner at Foundation Capital, said One would “bring much needed innovation to the industry”, while Obvious Ventures’ managing director Vishal Vasishth said the new bank was “reimagining banking for the middle class and providing fair and transparent finance solutions”.

Harris was CEO of PayPal from 1999 to 2000, and subsequently founded Personal Capital, a financial advisory and wealth management business, in 2009 and was its chief executive until 2017.

Hamilton co-founded Azlo in 2017 and also helped launch PushPoint, a mobile marketing company, in 2011. PushPoint was acquired by Capital One in 2014 and Hamilton went on to lead Capital One’s digital services for small businesses.

Challenger banks raised more than $3 billion in funding from venture capital investors in the first three quarters of 2019, according to data from CB Insights. In the third quarter alone, fintech fundraising topped $8.9 billion – a quarterly record, according to the research firm.

Earlier this month the founders of Canadian food delivery firm SkipTheDishes launched Neo Financial, a credit card with no annual fee and links to rewards from third-party brands in an effort to challenge the dominance of the country’s ‘big five’ banks.