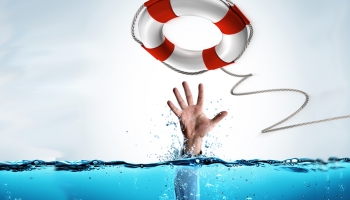 Pressure is growing on US lawmakers to grant new funds to the Paycheck Protection Program (PPP) after the support package ran out of funds last week.

The Small Business Administration (SBA), which implemented the $349 billion loan program for small companies, announced on April 16 that it had approved 1.66 million loans worth $342.3 billion.

Rob Nichols, CEO of the American Bankers Association (ABA), wrote to the leaders of the House and Senate to urge them to reach an agreement on expanding the support package “expeditiously”.

“Time is of the essence as we work together to save as many of our nation’s small businesses as possible,” Nichols said.

“Without question, the PPP has provided a financial lifeline to small businesses across the country and has allowed these critical employers to remain viable during the COVID-19 pandemic.”

However, delays to approving new funding was “harming” small businesses “perhaps irreparably”, he added, while massive demand for the PPP loans had led to the processing platform being shut down.

This meant banks were “unable to process applications so they can be ready if and when Congress allows SBA to switch the program back on”, Nichols said.

“America’s small businesses are counting on us to come through for them, and America’s banks are eager to fulfill the demand for PPP loans to the extent possible,” he continued.

“On behalf of all banks that are working day and night to help small businesses in this country, we respectfully ask that Congress move expeditiously to approve additional funding for the Paycheck Protection Program. Further delay will only harm the very businesses that the program is meant to protect.”

Illinois Bankers Association president and CEO Linda Koch said: “This is certainly an unprecedented time for bankers and borrowers alike.

“Illinois  bankers are working as quickly as they can to help small businesses in their local communities through these challenging times. In many cases, they have worked well into the night and through the weekends, doing whatever is needed to process and disburse PPP funds and help struggling small businesses stay afloat and continue to pay their employees.”

Koch added that she was “hopeful” of more PPP funding, but also urged business customers to explore other options with their banks “to find a solution that meets their needs”.

In a joint statement last week, Treasury secretary Steven Mnuchin and SBA administrator Jovita Carranza added their voices to those calling for a PPP expansion.

“The Paycheck Protection Program is saving millions of American jobs and helping small businesses get through this challenging time,” they said. “We urge Congress to protect million more American workers and their families by appropriating additional funding to support PPP.”

Democratic leaders were close to striking an agreement with the White House for a $300 billion top-up for the PPP last night, according to Bloomberg. At a Sunday evening press briefing, president Donald Trump said there was “a good chance of getting a deal”.

Secretary Mnuchin has also proposed a $50 billion top-up to the Economic Injury Disaster Loan program, which provides financing of up to  $10,000.

According to SBA data, approximately 60% of the PPP loans made so far have been facilitated by community banks with $10 billion in assets or less. As of April 16, 4,975 lenders had participated in the program.

Almost three quarters (74%) of PPP loans were for $150,000 or less, and the average loan size was $206,000. The construction sector received just over 13% of PPP funds allocated, the SBA reported, while the professional, scientific and technical services sector received 12.7%, manufacturing received just under 12% and health care and social assistance received 11.7%.