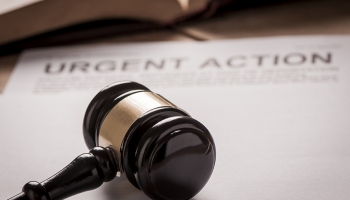 As a result of the Coronavirus Aid, Relief, and Economic Security Act (the CARES Act), more than 1.6 million businesses received $349 billion in forgivable loans to pay their employees and certain other operating expenses during the COVID-19 crisis. Now many of the banks involved in making those loans through the Small Business Association are facing actual and threatened class action lawsuits arising out of the implementation of the Paycheck Protection Program (PPP).

Bank of America was sued in Maryland federal court on April 3, the first date that the PPP loans became available, by plaintiffs alleging that the bank violated the CARES Act by prioritizing borrowers with existing lending relationships and did not allow applicants without such relationships to apply.

The plaintiffs later amended their complaint, claiming that since the rollout of PPP began, Bank of America had revised its policy to allow depository-only clients to apply for PPP loans so long as they do not have credit cards or loans with other banks. The plaintiffs claim Bank of America's practices violate the CARES Act and have unjustly enriched the bank.

Multiple copycat class actions have since followed, including two cases filed in federal court in Texas by a putative class representative claiming that Wells Fargo and Frost Bank similarly violated the CARES Act by requiring PPP applicants to have a business checking account or other commercial relationship with the bank.

In both the Bank of America lawsuit and the cases against Frost Bank and Wells Fargo, the plaintiffs contend that the CARES Act includes a private right of action, allowing them to sue for purported violations of the Act.

That theory has already been rejected in the Bank of America suit in Maryland. In an April 13 ruling denying the plaintiffs' request for a preliminary injunction, Judge Stephanie Gallagher held that the CARES Act does not create a private right of action. Neither the CARES Act or the Small Business Act (SBA) contains an  express private right of action, and Judge Gallagher noted that no court had previously held that the SBA created an  implied  private right of action, a point conceded by the plaintiffs' counsel at oral argument. Judge Gallagher concluded that "the plain language of the statute does not suggest an intent to confer the particular right alleged or a private remedy against participating SBA lenders."

Notably, Judge Gallagher added that even assuming that Congress had intended to allow for a private cause of action, Bank of America's conduct was consistent with and allowed by the CARES Act: "The statutory language does not constrain banks such that they are prohibited from considering other information when deciding from whom to accept applications, or in what order to process applications it accepts."

Four new suits appear to be trying to avoid the issue of whether the CARES Act creates a private right of action by alleging state law theories of recovery. Four banks – Bank of America, JPMorgan Chase, U.S. Bank, and Wells Fargo – were sued in federal court in California on April 19 in separate putative class actions brought under California law. The plaintiffs in these cases also rely on a different claim – that the banks prioritized applications from borrowers seeking higher loan amounts to generate higher loan origination fees.

These cases rely on California's Unfair Competition Law to accuse the banks of violating the "unfair," "fraudulent," and "unlawful" prongs of the statute, as well as violating the state's False Advertising Law and engaging in common law fraudulent concealment. The law firm that filed the California class actions has already filed a similar suit against JPMorgan Chase in New York, and has indicated that it expects to file additional cases in New York.

Another plaintiff's law firm is testing an antitrust theory of recovery in a lawsuit against JPMorgan Chase, Bank of America, Wells Fargo, and Citibank. The putative class representative alleges the existence of a "tacit agreement" among major banks to limit PPP applications to existing customers and "anti-competitive conduct" in violation of the Sherman Act and the Clayton Act. The plaintiff also accuses JPMorgan Chase of negligence and making negligent misrepresentations in connection with its PPP application process, in addition to engaging in preferential treatment and processing of certain loan applications.

It seems likely that additional plaintiff's law firms will attempt to file similar suits, as well as seek to develop other legal theories and avenues of potential recovery. Given how many businesses applied for PPP loans, the federal government's hurried rollout of the program, the thousands of banks that participated, and the complaints of prospective borrowers who did not have loans approved before the funds were exhausted, there is a sizable pool of potential plaintiffs.

With Congress having approved another $320 billion of funding for PPP, many additional small businesses will get some relief, but those funds are expected to go fast, and many of the country's 30 million small businesses will lose out. Meanwhile, plaintiff's firms are continuing to seek potential class representatives, whether to bring lawsuits similar to the ones filed to date or to assert new ones based on the banks' criteria for and handling and processing of borrowers' applications.

While banks participating in PPP may find themselves in litigation even if they comply with the applicable guidance from the U.S. Treasury Department and the Small Business Administration, banks should take some comfort from Judge Gallagher's well-reasoned decision holding that the CARES Act did not create a private right of action, and finding that the statute's language permits banks to consider additional information when deciding from whom to accept loan applications and the order in which to process those applications.

The ruling also makes policy sense: A contrary outcome would discourage lenders from participating in PPP, which in turn would enable fewer small businesses to apply for the loans and thwart Congress's intent to maximize relief for the nation's small businesses. Banks can also attempt to avoid litigation by monitoring applicant complaints and promptly communicating with and responding to the applicants who did not receive CARES Act funding. It is also a good practice to organize and keep all relevant records relating to communications with the applicants for CARES Act funding and with the SBA.

Kristine L. Roberts is a shareholder in the Memphis office of Baker Donelson and chair of the firm’s Financial Services Department. She can be reached at [email protected]

Christopher Thorsen is a shareholder in Baker Donelson's Nashville office and a member of the Firm's Business Litigation Group. He can be reached at [email protected]

An associate in the firm’s Memphis office, Nicole Berkowitz focuses her practice on intellectual property and complex commercial litigation. She can be reached at [email protected]