How Financial Institutions Can Make Thei…

PNC to Cash In on $17bn BlackRock Stake

PPP By Numbers: Where the SBA’s Aid Has … 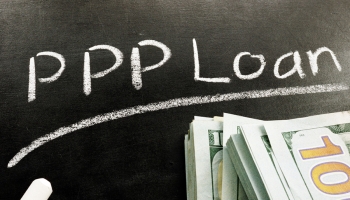 The Small Business Administration's Paycheck Protection Program (PPP) launched on 3rd April providing $349bn to help small businesses get funding for payroll. The Program is 100% guaranteed by the government and fully forgiven if used for an approved purpose, meaning it effectively works more like a grant than a traditional loan.

While it was expected that demand would be high, no one could have predicted the number of applications that have come through, with the unprecedented 12-figure initial sum running out in just 13 days.

Congress has since approved a further $320bn for the Program which began accepting applications on Monday 27th April, but once again, lenders across the US have been inundated with applications and are struggling to keep up with demand. By midday on Tuesday, the SBA had already approved more than 475,000 new loans worth over $52 billion.

Staff have been working around the clock, manually processing PPP applications, with most being unable to even consider applications from new customers given the backlog of applications from existing ones. Their ability to process applications has been further hindered by technical difficulties with the SBA's processing system, E-Tran, which is straining to scale as thousands of new lenders attempt to put through applications simultaneously.

If lenders are struggling to keep up with demand for PPP loans which are 100% guaranteed and require minimal credit underwriting, imagine how they’ll fare with a program that’s focused on providing larger loans, where they take a portion of the risk, and that will require an ongoing credit commitment from the lender. Enter the Fed’s Main Street Lending Program (MSLP).

Under the MSLP, loans are larger (up to $150m), can be used for a broader range of purposes beyond payroll, and the bank retains 5% of the risk on an ongoing basis. Not only that, but the Fed expects lenders to follow their usual underwriting process, leading to the potential for loans to be rejected by the program or the bank to be subject to post-facto scrutiny if the loans they submit perform materially worse than those from other participating institutions.

With operational staff weary from PPP heroism, it doesn't seem feasible to apply a similar manual approach to this problem, but with the Program expected to launch in early May, there is little time to put technological solutions in place. Many lenders are some way into multi-year transformation programs and find themselves encumbered by legacy technology but with new solutions not yet fully operational.

There is a small window remaining for lenders to prepare their response. They will need to build a robust and deep understanding of these businesses, so that credit underwriting processes that would usually take 8-10 weeks can be completed in 1-2.  Given that neither legacy systems nor manual effort will be sufficient to deal with the expected level of demand, credit process reengineering exercises which were planned for months or years from now, will need to be accelerated. This is the only way lenders will be able to effectively manage demand when the Program goes live.

Even lenders which would have previously been inclined to build solutions in-house may be forced to look to partnerships to build a temporary ecosystem to address the challenge.  What’s more is that all of this needs to be done without compromising information security or credit quality, as otherwise, lenders will merely be creating greater problems to deal with in the future.

The MSLP presents a unique opportunity for lenders to build goodwill and trust within the business community, strengthen relationships with existing commercial clients and establish new ones. It could be a defining moment for lenders who are able to step up and meet the needs of the small and medium-sized businesses who will be the engine of recovery in the months and years ahead.

The lenders that are unable to respond effectively could well find themselves surpassed by rivals and fintechs who can.

By Sean Hunter, CIO at OakNorth