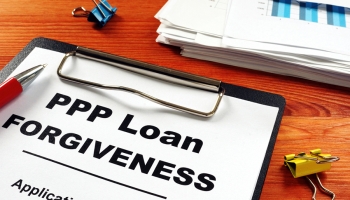 New laws agreed by Democrats and Republicans this week have granted Paycheck Protection Program (PPP) borrowers extra flexibilities regarding how they can pay off their loans or have them forgiven.

The Small Business Administration (SBA), which is overseeing the PPP implementation, and the US Treasury Department will soon publish detailed rules and guidance explaining the legislative amendments.

The main changes to the PPP terms include an extension of the period eligible for loan forgiveness from eight weeks to 24 weeks. This means borrowers can qualify for forgiveness of their loan for up to 24 weeks after they received their first payment.

Policymakers also agreed to lower the amount of the forgivable loan that must be used on payroll costs, from 75% to 60%.

The PPP changes also introduce flexibilities for repayments and forgiveness to account for reduced business capacity as companies reopen. While states have begun to lift restrictions on opening hours and movement, there are still many measures in place to maintain social distancing measures. These flexibilities will last until the end of this year.

Further “safe harbor” measures have been introduced for borrowers who have been unable to rehire employees laid off since February 15, or who are unable to fill those positions by December 31.

In addition, PPP loans approved on or after June 5 will have a maturity of five years, the SBA said.

The new law also extends the deferral period for paying principal, interest and fees on PPP loans until either the SBA forgives the loan or until 10 months after the loan was received, if the borrower does not apply for forgiveness.

SBA Administrator Jovita Carranza  and US Treasury Secretary  Steven Mnuchin thanked political leaders for agreeing to the flexibilities in a joint statement issued this week.

“This bill will provide businesses with more time and flexibility to keep their employees on the payroll and ensure their continued operations as we safely reopen our country,” they said. “We look forward to getting  the  American  people back to work as quickly as possible.”

Companies have until June 30, 2020, to apply for a PPP loan. More than $511 billion had been loaned to 4.5 million small businesses as of June 6, according to the SBA.