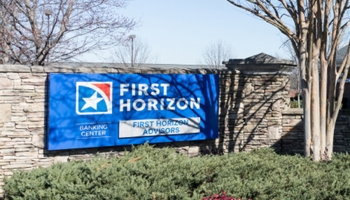 The branches are spread across Durham, Chapel Hill and Winston-Salem in North Carolina, as well as four markets in Virginia and two in Georgia, according to a press release from First Horizon announcing the deal.

“Today marks another milestone for First Horizon as we continue to build a leading southern financial services organization,” said the bank’s president and CEO Bryan Jordan.

“In addition to our recent merger of equals with IBERIABANK, this transaction enhances our ability to serve clients and communities, accelerate growth and drive long-term shareholder value.

“Our associates have worked diligently to get us to this day, and I thank them for their tireless effort especially during these challenging times.”

Truist was the number one Paycheck Protection Program (PPP) lender for North Carolina according to data from the Small Business Administration, facilitating more than 15,000 loans worth in excess of $2.5 billion.

The branches – which previously traded under the SunTrust brand – were relabelled as First Horizon over the weekend of July 17-19, the bank said.

Tennessee-headquartered First Horizon has been reopening its premises since June 4, with branches now operating with limits on how many people can be inside at one time.

Announcing its second quarter results last week, the banking group said it had set aside $110 million in provisions for expected losses, down by $35 million compared with March 31, 2020. The figure included a $93 million reserve fund linked to the effects of COVID-19.

Net income was $52 million, the bank reported, up from $12 million in the first quarter.

First Horizon completed its merger with IBERIABANK at the start of this month. Following these two transactions, the group has approximately $86 billion in assets, $68 billion in deposits and $59 billion in loans across nearly 500 premises.

“I am pleased with our overall performance and Truist’s actions to support all our stakeholders in this challenging and ever-changing operating environment,” King said.

“Our core financial performance during the quarter was strong, particularly in light of the challenging interest rate and credit environment.”