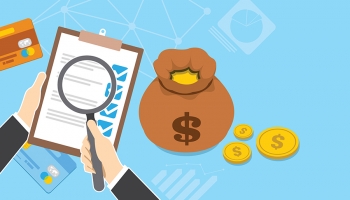 US banks spent between 0.4% and 2.4% of their total 2018 operating expenses on anti-money laundering and Bank Secrecy Act compliance, according to a new study from the Government Accountability Office (GAO).

The GAO assessed a sample of banks of varying sizes and how much they spent on compliance with anti-money laundering (AML) rules and the Bank Secrecy Act (BSA).

Banks in the GAO’s study spent an average of $15 per new account on due diligence requirements – although the actual cost ranged from $5 to $44 depending on where banks were based and where their customers were.

The largest banks on the study – which were not named – spent much larger absolute sums on compliance, but this amounted to a lower percentage of overall expenses, the GAO found.

No banks imposed direct fees to recoup these expenses, but one large credit union reported that it did levy a charge. However, banks reported to the GAO that they had restricted access to higher-risk products and services in an effort to manage both risks and costs.

In addition, the GAO’s report suggested that the AML/BSA requirements placed on banks could increase the cost of offering online account opening services.

The two “very large” banks in the sample reported costs of $15 million and $21 million, although in both cases this was less than 1% of total expenses.

The Financial Times reported last month that regulators had levied more in anti-money laundering fines in the first half of 2020 than they did in the whole of 2019.

However, fewer large fines were levied in the US, which Duff & Phelps said could reflect US banks getting up to speed with the rules.

The GAO’s study is available here.