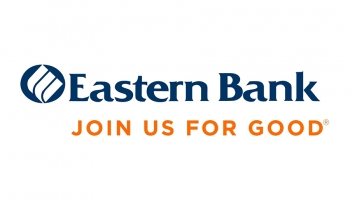 The US’s oldest mutual bank will give up its mutual status on Wednesday October 14 and begin trading on the Nasdaq Global Select Market.

Eastern Bankshares Inc, the proposed holding company for Massachusetts-based Eastern Bank, announced on October 9 that it had received regulatory approvals for the IPO.

Shares will be launched to the market at an initial price of $10 each, valuing the company at just under $1.8 billion.

Approximately 8.3% of the shares issued will be sold to the bank’s employee stock ownership plan, while 4.2% will be donated to its charitable foundation.

Shares are expected to begin trading on October 15 under the ticker symbol ‘EBC’, the company said.

According to its official history, Eastern Bank can trace its corporate roots back to 1818 and the foundation of Salem Savings Bank.

It has over $11 billion in assets and operates more than 110 locations across Massachusetts, New Hampshire and Rhode Island.

Announcing the company’s intention to list in June this year, Eastern Bank CEO and chair Bob Rivers said the move “provides an opportunity to build upon the incredible commitment of our depositors, employees, corporators and community partners”.

The capital raised through the IPO will be used to invest in new technology and services as well as fund acquisitions in the banking and insurance spaces.

LaRoe’s new venture, Climate First Bank, intends to focus on a “triple bottom line” approach, according to a statement released October 12 – namely having a positive impact on “people, planet and prosperity”.

The bank expects to open for business in 2021 in the St Petersburg area of Florida, to offer retail and commercial banking services.

“My experience has shown there is a strong need and significant customer demand for an impact-based financial institution, which inspired me to launch Climate First Bank,” said LaRoe.

“The St Pete community is already moving toward green initiatives, and I want to propel that movement with the opening of Climate First Bank as a new and conscious way of banking. I truly believe that businesses do well by doing good for their employees, environment and community.”