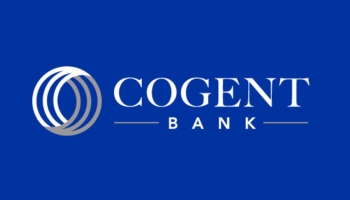 The Small Business Administration’s (SBA) Paycheck Protection Program (PPP) has proven transformational for many banks across the US.

For those smaller lenders able to leverage technology and react quickly to the changing situation – while also responding to their own challenges emanating from the Covid-19 pandemic – 2020 has been a pivotal year.

One such company is Cogent Bank in Florida, which partnered with fintech giant FIS last year to carry out a firm-wide upgrade of its operating system to position it for growth. However, no one at the bank could have foreseen just how rapid that growth was going to be.

FIS’s Horizon software was rolled out in mid-April, less than a month after Florida imposed restrictions on movement to curb the spread of the virus. Cogent’s staff were faced with transitioning to remote working while also rolling out a new system and supporting their customers through an exceptionally challenging period.

“We had to make sure that the change didn’t impact customers,” says Suzanne Rodman, chief operating officer at Cogent. “We were making sure our digital channels stayed up and functioning, and customers could keep in touch. We wanted to make sure we were still available even through the core conversion.

“At the same time the rest of the bank was getting applications for the PPP. We didn’t have just a few people – it was literally everyone at the bank, committed to the PPP and getting it to our customers.”

Chris Hartman, chief deposit officer, admits the PPP process was “exhausting”, with staff working 14-16 hours a day at the peak of the loan program as well as over weekends. However, she emphasizes that it was also “incredibly gratifying”.

“Business survival was on the line,” she adds. “In many cases larger institutions got completely overwhelmed, and they were not able to get back to their clients. We advertised on Facebook that we were in business.”

New and existing clients responded positively to Cogent’s approach. From the introduction of the PPP in April to its closure in August, Cogent facilitated 1,194 loans worth a combined $166 million.

Looking beyond the PPP, the new FIS system has allowed Cogent to adapt its product range to better cater for its expanded small business client base, Rodman says.

However, the PPP was not just about processing loans. The bank made full use of its new systems to expand relationships with new and existing clients, setting them up with checking and deposit accounts as soon as the PPP loan was confirmed. This was done without needing face-to-face meetings, thanks to the use of technologies such as e-signatures.

Even among those that did not take up the offer of other services, Hartman says there are many that intend to return to Cogent longer-term once they have gone through the PPP loan forgiveness process.

She highlights the bank’s cash management, treasury and automated clearing house services as examples of areas that could be of interest to small businesses in the future.

Since the end of 2019, the bank has expanded its asset base through new deposits and client wins from $287 million to more than $650 million by attracting new customers through its successful facilitation of PPP loans and its expansion of these new relationships.

“The reason we were successful was because of our responsiveness,” Hartman says.

Rodman highlights the partnership with FIS and Cogent’s digital platform as “critical” to its success.

“Customers are very comfortable with digital platforms now,” she adds. “Remote and mobile deposits have been critical – you can open an account and make a deposit on the same day without visiting one of our offices.”

Maria Schuld, division executive for FIS’s core and digital banking channels, says her firm works with all its community banking clients to “make sure they are thinking digitally”.

“We want to be the technology partner for banks and work together to deliver delightful customer service experiences,” she adds.

For Rodman, navigating the PPP and core system conversion is just the start of Cogent’s journey.

“We’re continuing to explore other digital channels and applications for our bank,” she says. “Helping business owners meet payroll and take care of their families was extremely gratifying.

“We’re now ready to develop those long-term relationships – that is our goal. We have learned so much about what we can do.”