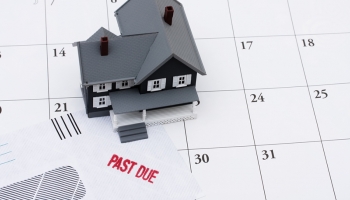 The US banking sector will experience a rapid increase in loan delinquencies and charge-offs in 2021 as the huge coronavirus support programs are withdrawn, according to a report from credit rating agency Moody’s.

For four years leading up to the pandemic, the report said, new consumer loan delinquencies had been at or around historic lows due to a strong job market. As the pandemic hit, banks delayed foreclosures and waived fees and charges on overdue loans as part of a wider range of actions designed to help consumers navigate the unprecedented situation.

In the third quarter of 2020, the rate of new delinquencies fell to 3.31%, from 4.6% a year earlier, despite the economic pressures, according to data from the Federal Reserve Bank of New York. This was the lowest level in the 18-year history of the bank’s survey.

While forbearance programs had declined significantly from their spring peaks, according to banks’ third quarter earnings releases, they remained relatively high “indicating the level of financial stress many consumers are facing”, the credit rating agency said.

The US’s aggregate household debt balance increased by $87 billion in the third quarter to $14.35 trillion, which Moody’s said was driven “almost entirely” by an $85 billion increase in mortgage balances.

Household debt grew 2.9% year-on-year in the third quarter, in line with the previous three months and below the 3.5% three-year average.

The US unemployment rate was 7.9% in September, well below the record 14.7% in April. However, Moody’s said banks had begun tightening their underwriting standards for residential mortgages in response to this data.

The credit rating agency reported that the credit score for the 50th percentile of newly originated mortgage loans in the third quarter was 786, up two points from 784 in the second quarter and the highest level in 20 years of reported data. The previous high was 781 in the first quarter of 2011, in the wake of the 2007-08 financial crisis.

Auto loan lenders have also raised their requirements, with the 50th percentile credit score for auto loans rising to 712 in the third quarter of 2020, up from 707 three months earlier.

As well as raising their required credit score, banks have also increased the down payments needed on auto loans, Moody’s said.