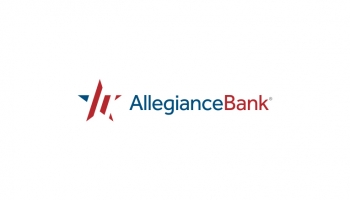 Allegiance Bank’s parent company has announced a fall in revenues for 2020, despite growth in the amount of income received from loan interest.

Allegiance Bancshares’ strong fourth quarter of 2020 was insufficient to lift revenues for the full year, where net income was down to $45.5 million compared to $53 million for 2019.

One bright spot in the results, however, was in the group’s loan portfolio, where net income for the last quarter of 2020 stood at $15.9 million, compared to $14 million for the same period in 2019.

The growth of Allegiance Bank’s loan portfolio has been notable in the last three months of 2020. Over the quarter the bank received net interest income (before credit losses) of $54.9 million, an increase of 23.3% from the same period in 2019. The lending business is clearly one of the better growth stories for midsize banks.

The banking group has been forced to increase provision for bad debts, however. Due to Covid-19, Allegiance has set aside a further $21.4 million for future impairments. The banking sector has been tightening its underwriting criteria for extending new loans in recent months, due to concern about the deteriorating credit profile of some small business borrowers. Data from the Biz2Credit Small Business Lending index revealed approval percentages from all banks fell by 50% in the 12 months to December 2020.

Despite the reported struggles, Allegiance chief executive officer, Steve Retzloff, said he was confident about the organization’s progress. “We are pleased to report solid quarter and full-year earnings during a very challenging economic environment which has further evidenced the resiliency of our business model,” he explained. “We are extremely proud of the continued hard work and dedication of our Allegiance bankers.”

In 2020 Allegiance wrote $710.2 million of PPP loans, managing to avoid the problems other US banks have encountered when accessing this capital from the government. Mr Retzloff said he was proud of the company’s record for PPP loans. Allegiance maintained its dividend and is increasing its quarterly pay-out in March 2021 by 20% or $0.12 per share.