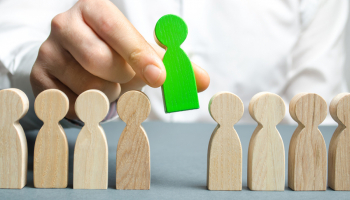 Hassan joins from Morgan Stanley where she was chief digital officer for the bank’s wealth management arm. She has also held senior roles at Charles Schwab.

In her new role, Hassan will be the New York Fed’s second ranking officer after president and CEO John Williams, and an alternate voting member of the US’s rate-setting Federal Open Market Committee.

BOK Financial – The $47 billion financial services company has named Stacy Kymes as chief operating officer, a role in which he will oversee all revenue-generating divisions.

Williams, formerly of Wells Fargo, joined City National in 2018. In his new role he will be responsible for developing the new division, aiming to meet the needs of mid- to large-sized corporate companies nationwide. The unit has offices in California, New York City, Chicago, Atlanta, and Dallas.

Simmons First National Corporation – Julie Stackhouse has been appointed to the Arkansas-based group’s board of directors, as well as that of its subsidiary Simmons Bank.

Stackhouse is former executive vice president at the Federal Reserve Bank of St Louis where she oversaw banking regulation, including supervision of bank holding companies and state member banks.

Currently vice president of external affairs for Arizona, Faussette will be tasked with helping expand Comerica’s services for and partnerships with African-American non-profit organizations.