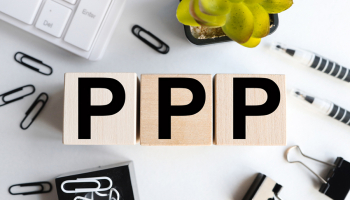 The Federal Reserve has extended its liquidity support program for lenders participating in the Paycheck Protection Program (PPP).

The Fed announced on March 8 that the PPP Liquidity Facility (PPPLF) would run until June 30, 2021, an extension of three months.

This would “provide continued support for the flow of credit to small businesses” through the PPP, the central bank stated.

The PPPLF extends a credit facility to any PPP lender with the loans themselves used as collateral. This allows lenders to facilitate more PPP loans to expand the capacity of the system to support small businesses through the ongoing pandemic and associated operating difficulties.

The current tranche of the PPP was opened on February 24, and will run until March 31. An exclusivity period for the smallest businesses – those with fewer than 20 employees – expires on March 9 at 5pm Eastern time.

As of March 7, 2.4 million loans had been approved through the 2021 PPP tranche, totalling almost $165 billion. The Small Business Administration (SBA), which is overseeing the PPP, said 5,198 lenders have participated this year.

Small banks and savings and loan companies – defined as those with less than $10 billion in total assets – accounted for 45% of the value of loans in 2021, and 40% of the number of loans. More than 4,100 such firms were involved in the PPP, the SBA said.

The SBA’s latest data showed that 33 fintech companies had facilitated PPP loans this year, accounting for more than 272,000 approvals worth a combined $7.3 billion.

In total, since the program was introduced at the end of April 2020, more than 7.5 million loans have been approved from 5,474 lenders, totalling more than $687 billion.