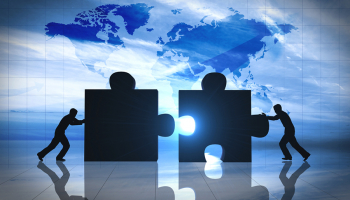 US community banks have continued their M&A spree, after Independent Bank Corp, parent of Rockland Trust, announced it has signed a merger agreement to acquire Meridian Bancorp, which owns East Boston Savings Bank.

Separately, Colony Bankcorp and SouthCrest Financial Group have agreed to a merger that will create Georgia’s largest community bank.

Rockland Trust is set to surpass $20 billion in assets when it acquires East Boston Savings Bank, with the deal expected to close in the fourth quarter of 2021.

Heath Fountain, president and chief executive of Colony, said the combined assets will make it the largest community bank and the fourth largest bank based in Georgia, with the transaction expected no later than the fourth quarter of this year.

Fountain added: “We believe significant opportunities exist for continued growth as we increase our combined banks’ operational scale and bring additional resources to our new markets.”

“This transaction brings together two strong banks with a long and rich history serving and investing in our local communities,” Richard J. Gavegnano, president and chief executive of East Boston Savings Bank, added.

MVB Bank has also decided to sell all of its community banking operations in Southern West Virginia to Summit Community Bank as it prepares to focus on its core commercial markets in North Central West Virginia and Northern Virginia, as well as the expansion of its fintech vertical.