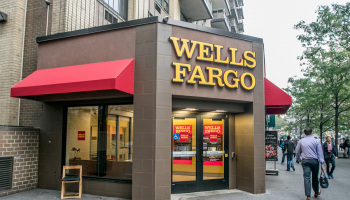 The post-pandemic shift to digital banking could put up to 200,000 jobs at risk across the industry, according to a top analyst.

Wells Fargo analyst Mike Mayo told the Financial Times that he expected digitization and consolidation of branch networks to drive the job cuts over the next decade.

Call centre and branch-based jobs were the most at risk, according to Wells Fargo’s research.

Over the past year, there has been a massive shift towards online and mobile banking, which has been enforced by restrictions on movement and social distancing requirements put in place to curb the spread of the Covid-19 virus.

The rise of fintechs – particularly those that have streamlined the processes for opening accounts or taking out loans – also pose a threat to traditional banks. The threat intensified during 2020, Mayo told the Financial Times, making redundancies necessary.

Earlier this year, KeyBank’s Financial Resiliency Survey polled 1,200 Americans on their financial feelings after nearly a year of living through a pandemic. The survey found that 44% of people were extremely comfortable with digital banking tools, while 75% of Americans confirmed they would use digital tools to conduct ‘some or all’ financial transactions post-pandemic.

However, the survey also found that those aged under 35 preferred a mix of digital and in-person banking more than older Americans, who would rather exclusively use digital banking.

For Americans looking to bank in person, branches are at risk. Last year, Illinois-based Midland States Bank announced it will close 13 branches across the state. From 2022, the bank is expected to save approximately $6 million a year as a result of the changes. Earlier this year, Chicago’s Byline Bank also closed 11 branches, which could save the bank an estimated $4.3 million a year. The bank plans to reinvest savings into digital offerings.

Other banks such as Lake City and Sterling National are already ramping up their digital banking services for consumers and businesses, by launching their own offerings or teaming up with fintech providers.

For many large and established US banks, the digital transformation has been trying. Research by Capgemini revealed that many traditional US banks were not structured for digital shifts.

This has paved the way for finance technology to thrive. Research found that 36% of customers had discovered a new financial provider during the crisis and had planned to continue using them post-pandemic.