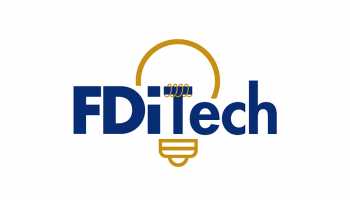 The Federal Deposit Insurance Corporation (FDIC) is on the hunt for solutions to bring the US’s unbanked population into the financial system.

The corporation has opened registration for a “tech sprint”, seeking input from banks, non-profit organizations, academic institutions, and private sector companies on new technologies and techniques to help the estimated 5.4% of US households that do not have a bank account.

The challenge centers on the question: “Which data, tools, and other resources could help community banks meet the needs of the unbanked in a cost-effective manner, and how might the impact of this work be measured?”

According to the FDIC’s How America Banks Survey, Black, Hispanic, Native American, and Alaska Native households are significantly more likely to be unbanked.

“We hope to excite the imaginations of those who see the tremendous possibilities innovation can bring to our banking system,” said the FDIC’s chief innovation officer Sultan Meghji. “I challenge participating teams to think at a deeper level about how we can harness the power of technology to create a more inclusive financial system.”

The “tech sprint” is the latest effort in an industry-wide push to improve financial inclusion. Last month, trade groups including the American Bankers Association (ABA), the National Bankers Association, and the Consumer Bankers Association called for action on unbanked communities. They recommended that effective and less costly methods be made available to address the unbanked and underbanked populations.

The success of the ‘Bank On’ initiative – aimed at bringing low-fee or no-fee accounts to more savers – should be seen as a starting point for wider action, according to the ABA in a separate report.

As of May 2021, 88 financial institutions with over 32,000 branches nationwide had begun offering Bank On accounts. This marked an increase of 28 institutions and 4,000 branches in just four months, according to figures from the Cities for Financial Empowerment Fund, which launched the Bank On initiative in 2006.

Smaller banks could also play a key role in addressing inequity, according to a report from California-based think tank Milken Institute. Financial technology could also be a key growth opportunity within underserved markets, particularly as technology challenges traditional banking models, the institute said.