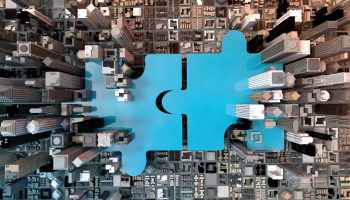 Merger and acquisition (M&A) activity among US banks hit the highest level since 2019 in June, according to new data from S&P Global.

Last month, 26 deals were announced, the highest monthly total since September 2019 at 27 deals.

The data comes just days after President Joe Biden signed an executive order that could result in tighter scrutiny of merger and acquisition deals. The number of US banks has fallen by 70% in 40 years, predominantly through M&A.

When announcing the executive order, the president said: “Less growth, weakened investment, fewer small businesses.  Too many Americans who feel left behind… The executive order I am soon going to be signing commits the Federal Government to full and aggressive enforcement of our antitrust laws.

“No more tolerance for abusive actions by monopolies. No more bad mergers that lead to mass layoffs, higher prices, fewer options for workers and consumers alike.”

The move is part of a wider executive order designed to promote better competition in the US economy.