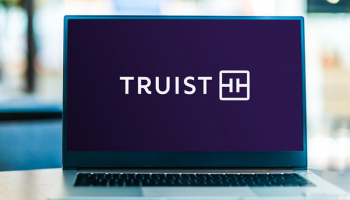 Truist has confirmed the changes to its senior leadership team effective from September 1, naming current CEO Kelly King as executive chairman of the board of directors.

Chief operating officer, William Rogers, will succeed King in the role of CEO, while Ellen Fitzsimmons will become chief legal officer and head of public affairs.

Speaking on the appointment of Rogers as CEO, King said: “He’s a highly regarded industry leader, having served as the chief executive officer and chairman of SunTrust for eight years, and is perfectly equipped for the responsibility and opportunity to take the company forward. I have the highest confidence in what our Truist teammates will accomplish under Bill’s leadership.”

Beau Cummins will become vice chair, alongside his existing role as head of the corporate and institutional group.

Moore-Wright has previously shared her struggles with diversity: “I know I’m not the only one who has been the sole woman in a meeting, or the only African American. Sometimes, I’ve been both.”

In 2019, SunTrust and BB&T declared they were merging and adopting the new name, Truist. These latest announcement signals the final stages of integration.