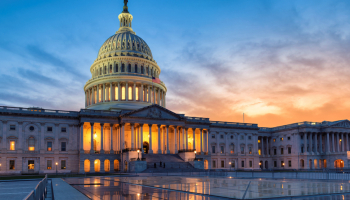 The American Bankers Association (ABA) has called on bankers to take “immediate action” to oppose a new tax reporting proposal that would require banks to report information on account flows above $600.

The Internal Revenue Service (IRS) has been tasked with addressing the “tax gap” in the US – the difference between what people are expected to pay in tax and what is actually received. President Joe Biden has proposed a new bill to improve the tax take and increase oversight.

“This proposal implicates customer privacy and data security on a massive scale, would increase compliance costs to individuals and small businesses, will work against important efforts to bring more Americans into the banking system, and has the potential to damage customer relationships for banks of all sizes across America,” the association said.

The ABA is encouraging its members to contact their representatives and lobby for them to oppose the bill, through the trade body’s grassroots platform, Secure American Opportunity.

Last week, the ABA voiced concerns that the Biden administration’s proposals could “undermine financial inclusion efforts”, which have taken center stage for the US banking sector this year.

In an article defending the proposal, Natasha Sarin, deputy assistant secretary for economic policy, said that the proposed reporting requirements would not “impose any burden on taxpayers whatsoever”.

She said that the proposal aimed to “bring about an end to a two-tiered tax system, where ordinary Americans comply with their tax obligations, but many high-end taxpayers do not”.