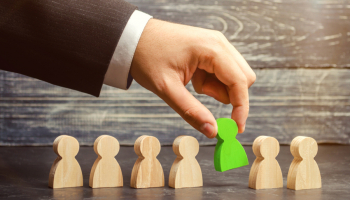 Fulton, who has been at the bank for over 25 years, previously worked in its operations and development areas. In her new role she will lead the application management and project management departments.

In his new role, Banca will lead the bank’s lending department which focuses on small to mid-sized businesses. He will also oversee the management and development of commercial real estate, commercial, multifamily investor, and SBA lending.

BCB Bancorp, the holding company for BCB Community Bank has promoted Ryan Blake to senior vice president and chief operating officer of the company and the bank, effective September 15, 2021.

Blake joined the bank in 2008 and most recently was vice president and controller, as well as corporate secretary for the company and the bank.

Most recently, Lindstrom was head of retail network transformation and branch operations.

In her role she will be responsible for helping small and medium businesses optimize their financial performance, grow the business banking portfolio.