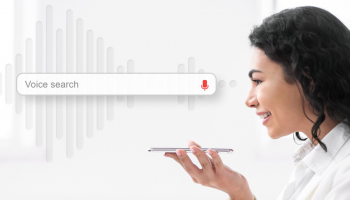 Wells Fargo has announced that it plans to develop a new “virtual assistant” that will transition retail banking customers into digital users. Fargo will be able to help with services that include budget advice, sending money and paying bills.

The launch will happen sometime in 2022. The bank is also planning a revamped website and mobile app to round out its online offering to customers.

The initiative is noteworthy given the bank’s dominance in terms of branch locations, second only to JP Morgan in the United States. Branch locations had been a priority in the past. However, Wells Fargo has had bad press focused on technology, following the bank’s well known challenges from 2016.

Charles Scharf, the CEO since 2019, has consistently emphasized that technology is and will continue to be one of his top priorities. The recent announcement follows several others surrounding technology initiatives that included moving to Microsoft cloud servers.

A spokesperson for Wells Fargo said the bank is focusing on banking through the phone, and that an easy to use app is one of the bank’s top priorities. The bank already has over 26 million mobile users, making it third in market share in the United States, but growth trails its biggest rivals. Bank of America and JP Morgan Chase are ahead.

The bank spokesperson told another news service that part of the reason that Wells Fargo focused on the Fargo initiative is because they studied why customers were calling help lines, and they had too many frustrated customers complaining about the Wells Fargo app.

Fargo will attempt to help customers integrate not only traditional banking transactions, but also allow them to execute on major investments, home loans and personal loans. The name Fargo is easy to use and remember, and will provide a known link to the brand.

Wells Fargo’s marketing team will have plenty to work with in leveraging the name for commercials and other promotional opportunities. The initiative is another example of why banks are eager to hire technology experts and to find the right strategic partners.