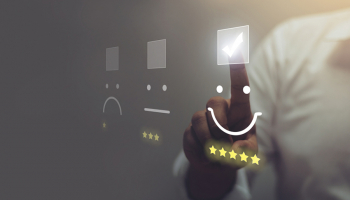 More than 80% of banking customers have claimed that technology improvements by banks are making it easier to access financial services, an American Bankers Association and Morning Consult survey has found.

“These survey results show that consumers enjoy the convenience, speed and security of digital banking, and they are likely to continue using these channels even after the pandemic subsides. Banks have invested heavily in cutting-edge technology that has helped make financial services even more accessible across the country,” said Morgan.

According to the survey, 77% of consumers used a mobile device to manage their bank account at least once in the previous month, and 52% did so more than three times.

Consumers are also increasingly using mobile devices to make a payment or transfer money more frequently, as 53% said they used their phone to do so in the last year, up from 41% in the previous survey.

The pandemic prompted a massive jump in online and mobile banking, with changes in digital habitats expected to be permanent.

The joint report from the American Bankers Association and Accenture, which was published in October, found that baby boomers have increased online usage, with 68% skipping human interaction to decide about banking products, compared to 55% before the pandemic.

According to the KeyBank 2020 financial resilience survey, changes in digital habits are expected to be permanent as 85% of respondents said they were likely to continue conducting some or all of their financial transactions digitally.