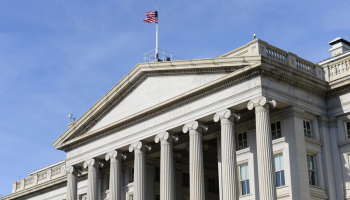 The rebundling of banking services by fintechs and the fragment supervision of universal crypto firms could pose significant medium- to long-term risks to consumers, businesses and financial stability said Acting Comptroller of the Currency, Michael Hsu at an industry event.

Hsu said the increase in non-bank “synthetic banking providers” (SBPs) could give rise to “run risk” — where consumers withdraw money from a financial firm in large numbers, and regulatory arbitrage.

He also addressed why more SBPs have not sought banking charters. It includes regulators that have been “unpredictable” chartering new banks and approving fintech acquisitions of banks.

To address this challenge, Hsu emphasised that a clear, shared approach to the bank regulatory perimeter, and “levelling up” understanding, policies, and staffing related to emerging technologies could help address the challenge.

The Acting Comptroller also announced that the Office of the Comptroller of the Currency (OCC) has completed its review of recent charter applications and cryptocurrency-related interpretive letters.

In the coming weeks, the OCC will communicate determinations and feedback to bank charter applicants.

The agency recently completed a “crypto sprint” in partnership with the FDIC and Federal Reserve and will also communicate findings in the near future.

“The content of these communications—on the chartering decisions, interpretive letters, and the crypto sprint—will be broadly aligned with the vision for the bank regulatory perimeter laid out here today,” Hsu said.

Recently, the OCC published a report in conjunction with the Federal Deposit Insurance Corporation which said Stablecoins should only be issued by depository institutions. The report called for a “consistent and comprehensive regulatory framework.”