ABA President Emphasizes Importance of B…

In the BNPL Future, Everyone is a Lender

Individuals in the justice system face b…

Banks Continue to be Profitable And Well…

Banks Could Boost Annual Revenues By $51… 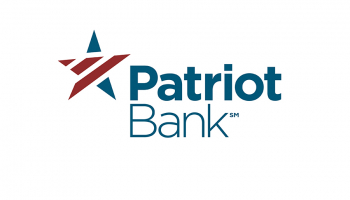 Patriot National Bancorp, the parent company of Patriot Bank and American Challenger Development Corp, have entered into a merger agreement worth approximately $119m.

Patriot has also announced it will enter into separate agreements with investors, consisting of a private placement worth approximately $540m of newly issued Patriot voting, and non-voting common stock priced at $17.69 per share.

Following the merger, Patriot Bank will adopt the American Challenger business plan and will operate as two divisions.

Patriot Bank will adopt American Challenger’s proprietary technology platform for its operations which it said will drive efficiencies, offer customers competitive rates on its products, and a ‘premium’ customer experience.

Features include connecting with customers via video, account opening and fund initiation in less than a minute, as well as mortgages that close in a minimum of 20 days.

Prior to the completion of the merger and recapitalization, Patriot will change its jurisdiction incorporation from Connecticut to Delaware.

The proposed transactions have been approved by the boards of directors of both firms, and are expected to close in the first quarter of 2022, subject to the satisfaction of customary closing conditions.

Michael Carazza, chairman of Patriot, said: “The combination transforms Patriot to what will become the largest digital bank in the US. Customers will benefit from an expanded array of services and a tech-savvy banking experience, while shareholders should benefit from the compelling value that will be created.”

Meanwhile, American Challenger has entered into a term sheet with Sunlight Financial, a financing platform for US residential solar and energy-efficient home improvement projects.

Lowery was previously head of lending at the bank, having joined in April 2021. Prior to this, he held various senior roles with institutions including Iberiabank, Metropolitan Commercial Bank and M&T Bank.