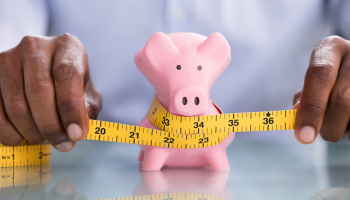 According to Emmons December 9 blog post, since 1934, after the 1933 bank holiday closed thousands of banks and the newly established Federal Deposit Insurance Corporation (FDIC) stabilized the banking system, the bank population has declined by 71%, equivalent to 10,973 institutions.

Emmons stated that the “slow and steady decline in bank numbers continues”, as few new banks are being chartered, and banks continue to merge with one another, reducing the number of charters.

“The long-term decline in the number of commercial banks shows no signs of ending,” he said. “Bank failures have become much less common, but the rate of new-bank chartering also has declined to insignificance. Meanwhile, bank mergers continue at a historically high rate on a percentage basis.”

“Between 1984 and 2020, the number of banks decreased by 70%. Even though, on balance, more than 10,000 banks disappeared during the period, the number of disappearances in any year never reached 600 banks or 5% of the total. Instead, the decline has been remarkably steady in percentage terms,” Emmons said.

According to Federal Deposit Insurance Corporation’s Historical Statistics on Banking for 1934-92, BankFind Suite for 1993-2020 and Emmons’ calculations, the decline in the bank population since 1984 disguises high volatility in the rate of new-bank chartering, bank failures, and bank mergers.

In particular, a large number of banks failed during the 1980s and early 1990s, and again during and after the 2007-09 financial crisis. Those failures were approximately offset by the entry of newly chartered banks.

However, bank failures and new-bank entries have almost ceased since 2015, while the number of commercial banks continues to decline, fuelled by an increasing number of mergers.

In August, Moody’s warned that US President Joe Biden’s executive order on mergers and acquisitions could risk ‘stifling’ some corporate activity.

The executive order – designed to promote competition in the US economy – could have a negative effect on US bank mergers, according to Moody’s, although it added that the way in which the order would be implemented by federal banking regulators remained “unclear”.