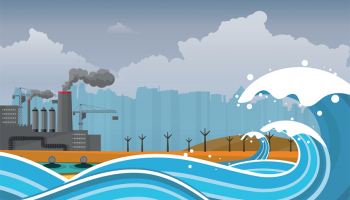 With regulatory scrutiny of climate change-related risks growing, Federal Reserve Governor Lael Brainard has promised that its climate risk supervision will not include directives for banks not to lend to specific industries such as oil and gas.

During Brainard’s confirmation hearing to be vice chair of the Fed, in response to questions from Senator John Kennedy, she said: “That’s not our job. We don’t tell banks which sectors to lend to…We ask them to risk manage and we make sure they have good processes in place.”

In response to questions from Ranking Member Pat Toomey, she said she has “not suggested we do stress tests for climate” though she noted that “geo-economic” risks have historically been incorporated into the Dodd-Frank stress testing process.

According to Brainard, the Fed’s supervisory approach is to ask large institutions whether they have a good risk management framework for assessing material risks.

She added that she did not think climate-related supervisory guidance is appropriate for small institutions, as they would decide what their risks are.

Her focus instead will be placed on large institutions that inform the Fed that they’d like to have “more consistent expectations” within the area, across jurisdictions.

The news is a major contrast to an October report from the Financial Stability Oversight Council (FSOC) which branded climate change as “an emerging and increasing threat” to financial stability.

Yellen said it included “smart government policies” to facilitate the transition to a net-zero economy and warned that if such policies are delayed, a “sudden and dramatic effect on economic activity and asset values” could occur.

In addition, the FSOC recommended that government agencies should assess risks, model scenarios, and carry out stress testing to decide whether new rules were needed.