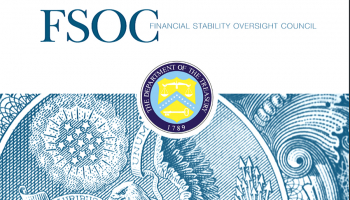 Climate change poses a significant threat to US financial stability, according to a new report from the Financial Stability Oversight Council (FSOC).

The report set out a series of recommendations for government agencies to follow in order to address climate issues.

The FSOC – part of the US Treasury – said climate change was “an emerging and increasing threat” to financial stability.

Treasury secretary Janet Yellen, who chairs the FSOC, added that the council’s recommendations “represent an important first step towards making our financial system more resilient to the threat of climate change” and would support President Joe Biden’s wider approach to mitigate the effects.

Addressing the FSOC last week, Yellen said: “Today, we are recognizing a unique, existential risk for the planet that will affect every aspect of our lives and the lives of our children—including through effects on the financial sector…

“Moreover, the economic adjustments required to address climate change are large and need to begin soon, including through smart government policies to facilitate the transition to a net-zero economy. If such policies are delayed and later implemented in an abrupt, disorderly fashion, a rapid revision of perceptions could lead to sudden and dramatic effects on economic activity and asset values.

“The longer we wait to address the underlying causes of climate change, the greater this risk.”

Government agencies should assess risks, model scenarios and carry out stress testing to decide whether new rules were needed, the FSOC’s report stated.

It also called for enhanced “climate-related disclosures” to be adopted to improve data and information standards, as well as improving the finance sector’s overall expertise in the area of climate change.

Acting comptroller of the currency Michael Hsu said: “The report provides valuable information on the risks climate change pose to OCC [Office for the Comptroller of the Currency] regulated institutions as well as to the entire financial system.

“The report’s recommendations provide a clear framework and lay out concrete steps for the OCC, FSOC, and other FSOC members to take to better measure, monitor, and address climate-related financial risks.”

Already, several US regulators and agencies have taken significant steps on climate change. The Securities and Exchange Commission is currently consulting on enhanced disclosure rules, while the Federal Reserve Board has set up committees dedicated to incorporating climate change risks into its oversight of the financial system and its monetary policy decisions.