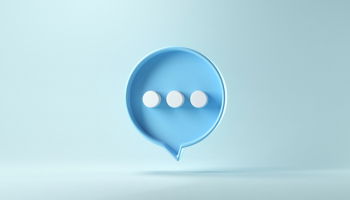 The Securities and Exchange Commission (SEC) has reopened a comment period on proposed rule that requires new disclosures on companies’ executive compensation.

Under the proposed rule, a reporting company would be required to discuss the relationships among the disclosed compensation numbers, its total shareholder return, and the comparable peer group information.

According to the SEC, the disclosures would be required for the past five fiscal years, or three years for smaller companies, which would be exempt from the peer group comparison requirement.

All reporting companies would be subject to the new disclosures, except foreign private issuers and certain specialized entities such as mutual funds. The disclosure requirements would apply to the “named executive officers” for whom compensation information is currently required.

Gary Gensler, chair at the SEC said: "If adopted, this proposed rule would strengthen the transparency and quality of executive compensation disclosure.”

Gensler said that the SEC has long recognized the value of information on executive compensation to investors.

“In 2015, the Commission proposed rules to implement the Dodd-Frank Act's 'pay versus performance' requirement,” added Gesler. “In this reopening release, we are considering whether additional performance metrics would better reflect Congress's intention in the Dodd-Frank Act and would provide shareholders with information they need to evaluate a company’s executive compensation policies."

As part of its request for comments, the SEC is also seeking feedback on additional requirements it is considering including: whether registrants should be required to disclose additional performance measures beyond shareholder return and whether pre-tax net income and net income would be useful financial measures.

This proposal is separate from a joint proposal (not yet adopted) that was issued by six federal financial regulatory agencies in 2016 that would prohibit incentive-based compensation arrangements for executives that could encourage excessive risk-taking behaviour, which also included a clawback provision.

Comments will be due 30 days after publication in the Federal Register.

According to research from Ernest & Young which surveyed 320 institutional investors across 19 countries, just 42% indicated they were concerned about whether boards had failed to acknowledge ESG performance, or whether executive compensation was tied to it.

If you would like to attend a free Banking Exchange webinar on Generation Z Banking, Please click to register on the link below. The event will take place on February 24. Thank you for supporting Banking Exchange.