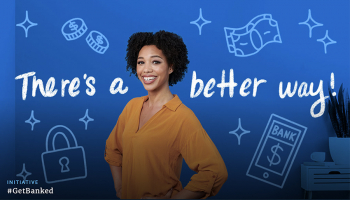 The Federal Deposit Insurance Corporation’s (FDIC) #GetBanked campaign is expanding its reach to include LA, Dallas and Detroit.

The move follows the success of the campaign in Atlanta and Houston, which were targeted by the FDIC in 2021.

The campaign is part of the FDIC’s work to promote financial inclusion, particularly among families and individuals that don’t have a bank account.

The survey, which was carried out in 2019, found that 13.8% of Black and 12.2% of Hispanic households were unbanked, compared with just 2.5% of white households.

The FDIC is stepping up its work on the campaign to reach unbanked consumers within the tax filing season when it can be particularly beneficial to have an operational bank account.

FDIC chairman, Jelena McWilliams, said: “This campaign is a vital part of our work to reach that last mile of the unbanked. Having a basic checking account can be an important first step to becoming part of the financial fabric of this country.”

The FDIC launched the #GetBanked initiative just prior to the Covid-19 pandemic with the aim of educating consumers on how to open a bank account and how to use direct deposits effectively.

In April 2021, the public awareness campaign was launched in Atlanta and Houston to highlight to consumers the benefits of having a relationship with a bank.

The campaign included audio, digital display and mobile video adverts, alongside both English and Spanish language adverts on the television.