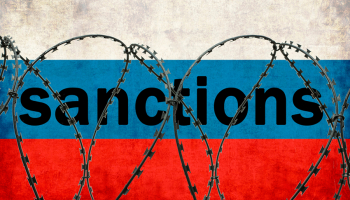 Global payment system SWIFT has released a statement outlining its cooperation and engagement with authorities’ attempts to restrict select Russian banks from its payment services.

The announcement followed a joint statement issued by leaders of the European Commission, France, Germany, Italy, the UK, Canada and the US, announcing their intention to restrict certain Russian banks from accessing SWIFT’s financial messaging services.

In the statement, SWIFT said: “Diplomatic decisions have brought SWIFT into efforts to bring this crisis to an end, and we will always comply with applicable sanctions laws.

“We are engaging with these authorities to understand which entities will be subject to these new measures and will disconnect them once we receive legal instruction to do so.”

The statement comes as several American banks have restricted Russian-related activity as a result of escalating Ukraine-Russia tensions and subsequent sanctions imposed.

On February 28, Mastercard CEO Michael Miebach announced it had blocked multiple financial institutions from its payment network, “as a result of sanction orders”.

“We will continue to work with regulators in the days ahead to abide fully by our compliance obligations as they evolve,” he said.

Miebach also confirmed the company has prioritized the “safety and security” of its own network and the global payments ecosystem more widely, given the increased risks.

“Our cyber and intelligence and corporate security teams are working with governments and partners around the world to ensure the stability, integrity and resiliency of our systems, which are operating as normal. We are committed to active monitoring and rapid response to cyber-attacks, the threat of which is heightened significantly in the present environment,” Miebach said.

Banks saw more monthly fraud attacks in 2021 compared to the year prior, according to a study from LexisNexis Risk Solutions published earlier this year, with the average volume of monthly fraud attacks for banks earning more than $10 million in annual revenue up from 1,977 in 2020 to 2,320.

The Financial Stability Board recently published a report warning of the risks of crypto-assets to financial stability, citing their “scale, structural vulnerabilities and increasing interconnectedness with the traditional financial system”.

Both Mastercard and JPMorgan Chase & Co are among those financial institutions that have pledged money towards humanitarian relief amid the ongoing conflict between Russia and Ukraine.