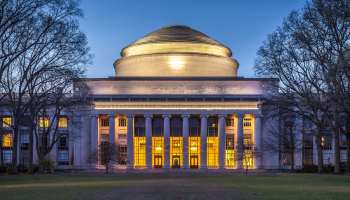 The Bank of Canada is exploring the potential benefits and uses of a central bank digital currency (CBDC) through a new partnership with the Massachusetts Institute of Technology (MIT).

The partnership is to launch a 12-month research project into CBDCs, looking at how the design of a CBDC is impacted by modern technologies.

This collaboration will see the Bank of Canada working with the Digital Currency Initiative (DCI) team at MIT’s media labs, building on DCI team’s ongoing research into the topic.

The research project will contribute to the bank’s previous and ongoing research into digital currencies and fintech.

The central bank has not decided whether to introduce a CBDC, but the research is expected to help its staff understand potential technological approaches and processes. After the research project has concluded, the Bank of Canada will give an update on its findings.

MIT is also involved in ‘Project Hamilton’, launched in partnership with the Federal Reserve Bank of Boston, which is assessing the viability of implementing a CBDC in the US. In particular, the project is researching aspects such as privacy and functionality.

Earlier this year, however, the Federal Reserve confirmed it had no intention of implementing a US CBDC without the full support of the president and his administration, as well as Congress.

Academics and trade groups have cast doubt on the benefits of a CBDC in recent months. In August 2021, academics Stephen Cecchetti and Kim Schoenholtz argued in the Financial Times that CBDCs were “not needed”, as the public and private sectors already provide cheaper, faster, more reliable, and more accessible payment systems.

The American Bankers Association warned in September that a digital dollar could “fundamentally change” the Federal Reserve’s role and “reshape the banking system”, adding that proponents of CBDCs often cherry-picked benefits “while downplaying the serious risks to consumers and our financial system”.