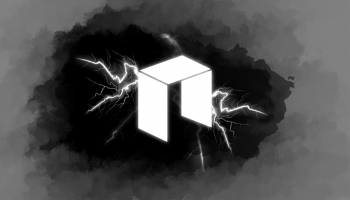 Only 5% of neo-banks have managed to break even or register a profit, despite together serving close to one billion client accounts, according to new research by Simon-Kucher & Partners.

The global strategy and marketing consultancy released its Global Neobanking Radar to track and rank the nearly 400 digital and online banking companies across the world based on their potential sustainable growth.

Simon-Kucher conducted an analysis of 25 of the largest neo-banks globally and found only two have reached profitability. The majority earn less than $30 in annual revenues per customer.

The findings were laid out in a white paper, ‘The Future of Neobanking: How can Neobanks Unlock Profitable Growth’, which is available on the consultancy’s website.

Christopher Stegmeier, senior partner at Simon-Kucher, said: “Moving from ‘get reach’ to ‘get rich’ requires a dramatic mindset shift that can be difficult to orchestrate.”

Neo-banks began to emerge approximately a decade ago, aiming to establish digital-only relationships with digitally savvy clients. In 2020, 94 new banks in this area came to market globally, but just 59 new launches were recorded last year.

The research also discovered that in the US, less than “a handful” of the country’s leading 85 neo-banks have reached a breakeven point, and several are losing as much as $140 per customer annually.

Stegmeier added: “It is critical that these digital disruptors make that leap, especially as [some] approach their sixth and seventh year in operation. The risk of failure rises exponentially at that point if the business is not even breaking even.”

Digital subsidiaries launched by larger financial services groups or incumbent banks as new ventures now account for one out of every three neo-bank launches, according to the consultancy.

In an article for Banking Exchange in 2020, Activant Capital’s Andrew Steele highlighted similar data showing that neo-banks’ business models on average involved spending “a dollar to get fifty cents back”.

Despite these challenges, research firm BAI reported in April this year that neo-banks were increasingly attracting small business clients.