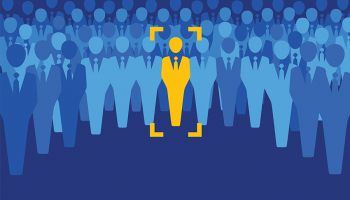 Old National Bank — Brent Tischler has been appointed as community banking CEO at Chicago-based Old National Bank. Tischler will be responsible for all consumer and retail banking segments throughout the company’s midwestern footprint and serve as a member of the executive leadership team.

Tischler has 24 years of experience in finance and consumer banking. Most recently, he served as executive vice president and head of retail banking for Associated Bank. He brings knowledge in leading consumer and small business segments, including strategic planning and digital enablement.

Meanwhile, Bryan Kucholtz has been appointed to serve as executive vice president and head of private wealth at the bank.

Kucholtz will manage all aspects of Texas Capital Bank’s Private Wealth business. He will work with the Private Wealth team to ensure the company delivers personalized portfolio monitoring, management, and investment solutions to clients nationwide.

Prame joins from First Midwest Bancorp where he held a variety of executive officer positions including his most recent role as executive vice president and CEO of community banking.

Mi BANK — Michigan-based Mi BANK has welcomed Brian Schwartz to its team. Serving as chief investment officer, Schwartz will be responsible for creating partnerships with investment advisory firms across the US.

Prior to joining Mi BANK, Schwartz served as a managing director and portfolio manager at Marathon Asset Management. Throughout his career, he has acquired skills in fixed-income markets, including treasuries, mortgages, and asset-backed securities.

Prior to Liberty University, Hurt served in the US House of Representatives, representing Virginia’s Fifth District for three terms from 2011 to 2017. While in Congress, he was on the House Financial Services Committee.