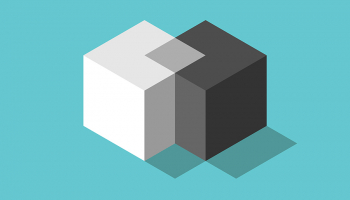 Illinois-based HBT Financial and Town and Country Financial Corporation plan to merge, creating a banking group with more than $5.1 billion in total assets.

HBT Financial, parent company for Heartland Bank and Trust Company, announced this week it had agreed a merger with the parent for Town and Country Bank.

Fred Drake, chairman and CEO of HBT Financial, said the two companies had “a similar relationship-based approach to commercial banking and conservative credit culture”. He added: “We believe that combining with Town and Country will help us continue generating profitable growth and create additional value for shareholders in the years ahead.”

Micah Bartlett, president and CEO of Town and Country Financial Corporation, said: “There are significant opportunities and challenges ahead in the banking business, and the combination of these two strong organizations makes us better equipped to flourish in the long run.”

It is estimated that the combined company will have a loan book worth $3.1 billion and total deposits of $4.4 billion.

HBT said the merger would allow it to expand its reach into several new markets, including Springfield, St Louis Metro East, Decatur, Jacksonville, and Quincy.

Subject to regulatory approval, the transaction is expected to close in the first quarter of 2023.

Earlier this month, Virginia’s Farmers Bankshares and TowneBank announced a merger agreement, through which Farmers would “merge with and into” TowneBank in a deal worth approximately $56 million.

The combined company will have total assets of approximately $17.5 billion, loans worth $10.9 billion, and deposits of $14.5 billion.

The transaction is also expected to complete in the first quarter of 2023, subject to shareholder and regulatory approval.