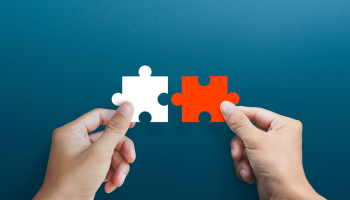 Northland is a “leading underwriter of tax-exempt bonds in the Midwest”, according to a statement about the deal from First National. It works with corporate, government, and non-profit clients to help them access capital markets.

“The acquisition by First National of Nebraska will make Northland an even stronger full-service broker-dealer,” said Randy Nitzsche, president and CEO of Northland. “By combining our expertise with the capital and resources that a $30 billion privately-held bank offers, we create more opportunities for our customers and theirs, as well as our employees.”

Subject to regulatory approval, the deal is expected to be completed in the first quarter of this year.

RBC has become a subsidiary of Renasant Bank and its leadership team — including co-founder and CEO Stewart Chesters — is to remain in place.

RBC, also known as Continental Republic Capital, provides factoring and asset-based lending options to borrowers across the US.

PCSB’s chief lending officer Michael Goldrick has become president and CEO of PCSB Bank. Willard Hill, Jr has joined Brookline’s board of directors having previously been on PCSB’s board.

The deal adds 14 branches to UCB’s network, including sites in Alabama and the Florida Panhandle. It also adds $1.7 billion in assets, total loans of $1.4 billion, and total deposits of $1.5 billion to UCB’s balance sheet.