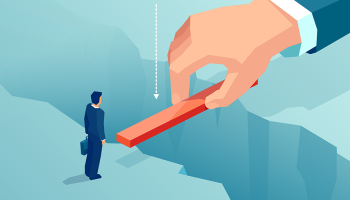 The bank’s Voyager Lending division was announced last week and will serve small business owners across the state.

In a statement announcing the launch, Merchants & Marine Bank said the new division would offer a “wide range” of lending services from working capital loans to equipment financing, and start-up loans to funding for acquisitions.

Clayton Legear, president and CEO of parent company Merchants & Marine Bancorp, said Voyager Lending’s aims were based on his bank’s “legacy” of working with small businesses.

“This lending division is a direct reflection of our philosophy, and we’re very proud to offer financial expertise to partners who are working towards the same vision,” Legear said.

Matthew McElveen, who leads Voyager Lending as president, added “small business owners are critical to the expansion of local economies”.

McElveen continued: “With the support of the talented team at Merchants & Marine Bank, we are devoted to serving local communities and watching business owners grow, and thereby stimulate local economies through the creation of jobs and the availability of local products and services.”

Separately, City National Bank is to launch an “an expansive new lending initiative” with the aim of supporting underserved communities across the US. This will include a significant expansion of its residential mortgage business.

The bank will launch a series of Special Purpose Credit Programs over the coming months, it said in a statement, aimed at helping small businesses access short and long-term loans and supporting more people to buy their own homes.

The statement added that, while residential mortgage lending “has not historically been a focal point for City National”, it will be “devoting increased resources to this area going forward in order to serve the broader needs of its clients and communities”.

Kelly Coffey, CEO of City National, said: “We take very seriously our obligation to ensure that all businesses and consumers have an equal opportunity to apply for and obtain credit. We believe City National has a role to play in supporting entrepreneurs and expanding access to homeownership in order to help individuals and communities thrive and build intergenerational wealth.”

The announcements come as the Office for the Comptroller of the Currency has published a revised version of its rulebook for fair lending practices. Acting comptroller Michael Hsu said compliance with the rules would “help put an end to discriminatory lending practices that create and exacerbate inequity in the federal financial sector”.